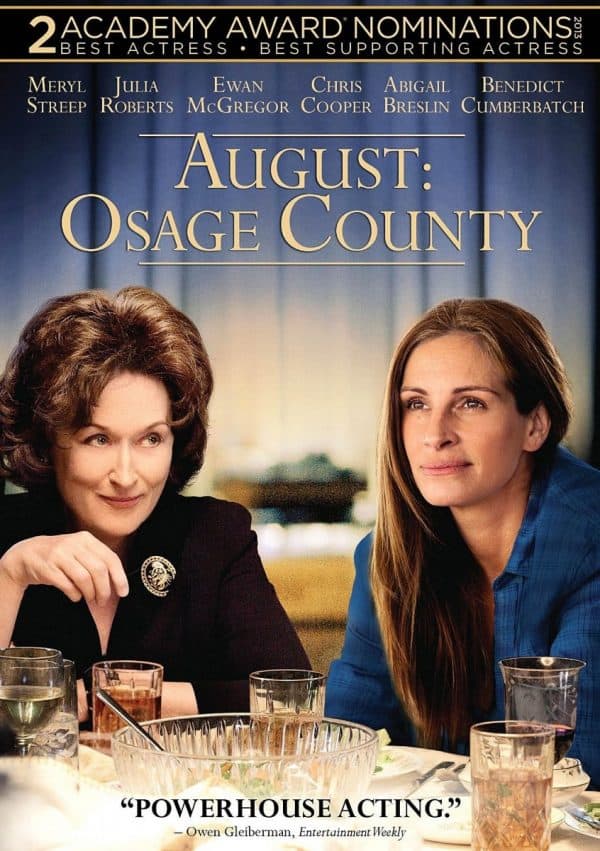 A look at the lives of the strong-willed women of the Weston family, whose paths have diverged until a family crisis brings them back to the Oklahoma house they grew up in, and to the dysfunctional woman who raised them.

By all accounts, August: Osage County is nothing more than Oscar gold – of it’s cast, there have been five winners and 24 nominations. Tracy Letts’ play of drug abuse, alcoholism and the blood, sweat and tears of family life treads a careful line on screen, never out-staying its welcome and working almost too close to the original source material. We the audience are plunged into the dirty, venomous environment created by Meryl Streep’s Violet and can’t but choke on the excess of it all.

Wells is incredibly respectful of the source, almost to a fault. Tracy Letts’ play succeeds as a piece of theatre and less as a piece of cinema. The glistening heat of Oklahoma can only be implied enough until it begins to tinge with a sense of depression, clawing at the subtlety it so desperately needs. Any flair seen in Letts’ previous work Killer Joe is abandoned for an uncomfortable sense of dread that leads nowhere and what should be a dirty, ugly undertone lacks any flair. 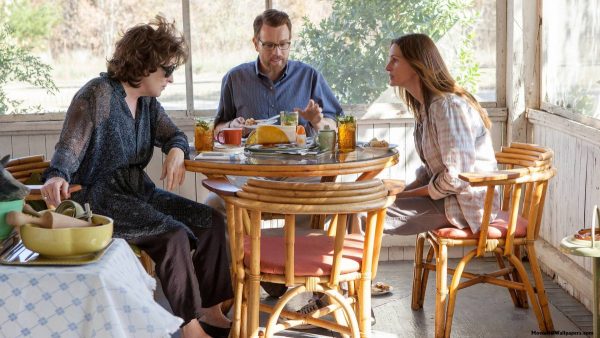 When Meryl Streep wants an Oscar, she will get that Oscar and Osage County may be her at her most forced. In a film dominated by awkward subtlety, she stands out, chewing the scenery as the pill-popping, cackling Violet. It’s no surprise that she stands out, protruding from the screen, almost spluttering out onto the audience. However, after an hour of cackling, it gets too much, the family begins to fall apart, as does the film. John Wells clearly has a grasp on how to direct such an impressive cast of actors but he fails to balance them, focusing on few and abandoning the rest of the cast.

The curve of the drama follows less of a melodrama, more a pantomime. Villains appear as their companions jeer and spit. Being a pantomime, the film succeeds during moments of comedy. These stand out, sandwiched between awkward moments of dialogue and moments of intense violence, both mental and physical. Benedict Cumberbatch plays Streep’s nephew as broadly comic and Chris Cooper brings a much needed sense of reality. As the cast continues to grow-and seemingly never ends-lefts begins to panic, allowing the characters to abandon the family with no real goal. 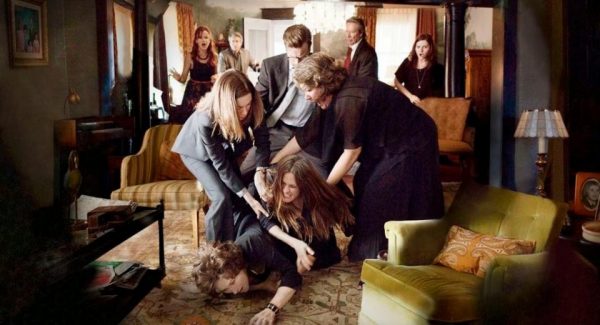 August: Osage County can’t rub off its theatrical origins. Of its 130 minute time, only two set-pieces stand out, resulting in an un-even, but entertaining final product. Wells deserves an applause for his subtlety, less for his lack of bravado the film so desperately needs.