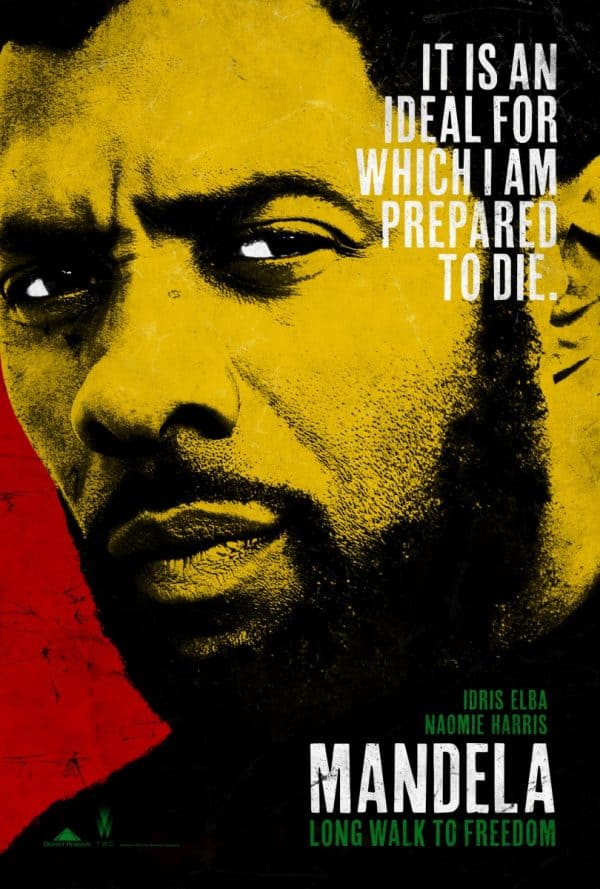 A chronicle of Nelson Mandela’s life journey from his childhood in a rural village through to his inauguration as the first democratically elected president of South Africa. 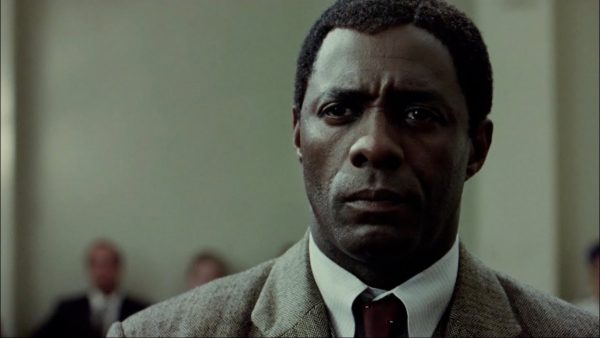 It’s almost too easy to sneer at Justin Chadwick’s respectable and perfectly serviceable Nelson Mandela biopic. Never outstaying it’s welcome or pushing the barriers, it simply is. This “is” just so happens to carry an electric performance by Idris Elba who seems to have embodied Mandela’s almost other worldliness. By no means a biopic that doesn’t try, simply aiming to please the masses (last years preposterous Diana), Chadwick at least prevails to create an environment that aims for discussion within the audience.

To Chadwick’s appraisal, the film is balanced with a rare and precise procession, briefly showing Mandela as both a womaniser and a loving husband, and a freedom fighter and a leader. Sadly however it never truly tries to expand on any previous knowledge of the leader, instead choosing to recap events in a way not dissimilar to reading the autobiography it’s based upon. Yet the narrative stays linear, beginning at the start if his life and ending as his reign as President begins, in a way few biopics use anymore. 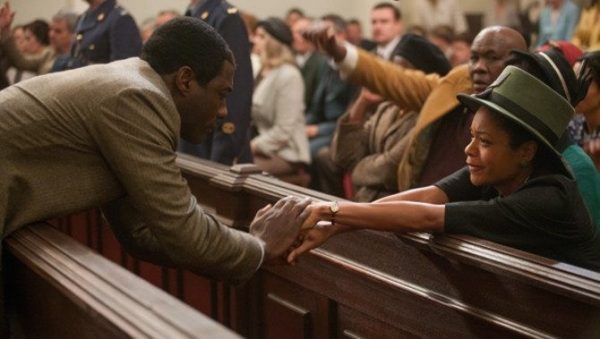 Screenwriter William Nicholson has a stab at reflecting the evolution of Mandela but instead ticks off events, ensuring each milestone is reflected on screen with no meat surrounding it. A brief attempt to cover his first marriage briefly succeeds but whimpers out before it can truly develop into an interesting idea – if Chadwick and Nicholson aimed to create a film that was simply a sympathetic recount of events, they have succeeded with flying colours.

Elba carries the film in the most pure of form. His imposing figure and booming voice so apparent in Luther and Pacific Rim is multiplied, booming each line with respect and knowledge very few actors could shoulder. No moment does the audience question Elba as Mandela, instead, we are glued to the screen, fully understanding what made the leader both charismatic and important. Fellow Brit Naomie Harris certainly follows the public’s view of Winnie Mandela, creating an image of power and independence while never truly showing her in a positive light. 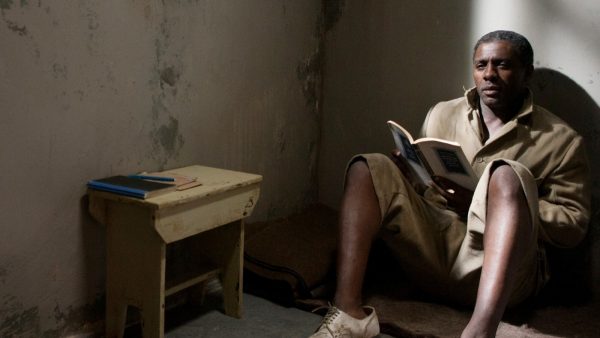 As the film comes to a close, Mandela walks through the village where he once grew up. The camera pans wildly upwards as his figure is illuminated, God like in stature, but fragile as he walks. What got us here is all the more important in light of recent events and although the film may never try to truly expand its boundaries, it’s certainly a touching and impressively respectable biopic of maybe the most important figure of the 20th century.