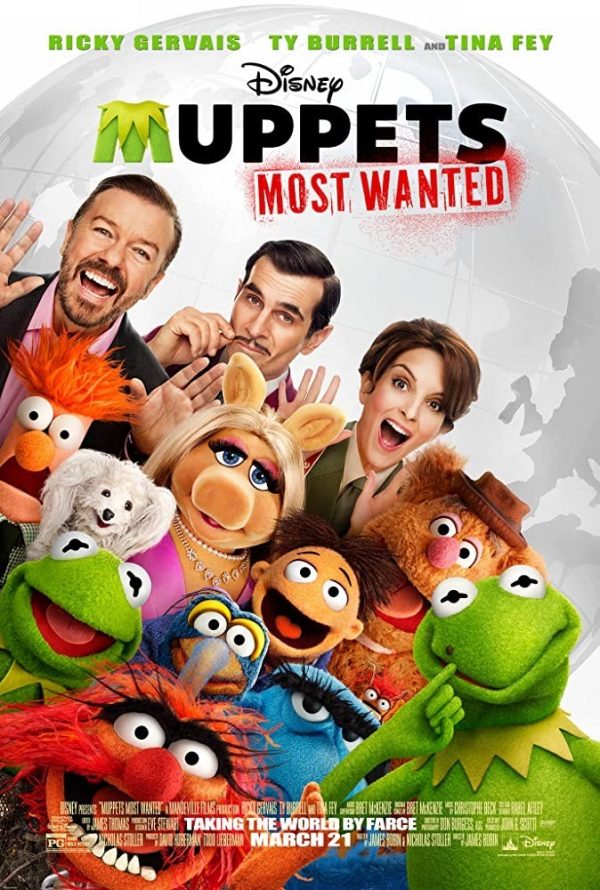 While on a grand world tour, The Muppets find themselves wrapped into an European jewel-heist caper headed by a Kermit the Frog look-alike and his dastardly sidekick. 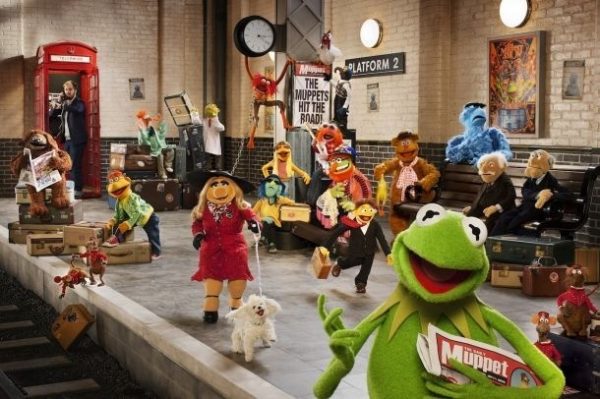 When it was released in 1979, The Muppet Movie was a stage for Jim Henson and his Muppet cohorts to take their relatively simple TV show and expand and develop their techniques as puppeteers to show off what they could really do. They dreamt big and it paid off. Its sequel The Great Muppet Caper on the other hand was just that – a sequel. It wasn’t bad, nor was it inferior. The jokes were all solid, the writing was great and the songs were brilliantly executed, but it seemed to lack the spark of its predecessor. In many ways, Muppets Most Wanted shares a lot in common with The Great Muppet Caper. Not just in terms of its story, but in atmosphere. It’s not bad, nor is it inferior. It’s just a sequel to 2011’s The Muppets.

Set literally the second the first movie, ends Muppets Most Wanted (a much better name than Muppets… Again) starts as it means to go on with a toe tapping song and dance number which really gets you into the spirit of things. With their names now back on the public conscience, they are tricked into going on a European tour by Dominic Badguy (Ricky Gervais) who is working with the world’s greatest thief Constantine, who is a perfect double for Kermit the Frog. The pair frame Kermit which leads to him being thrown into a Russian prison being watched over by the very strict Nadya (Tina Fey). With Kermit now in the Kulag, the rest of The Muppets go on their tour with Constantine taking his place and committing crimes, something they fail to notice. 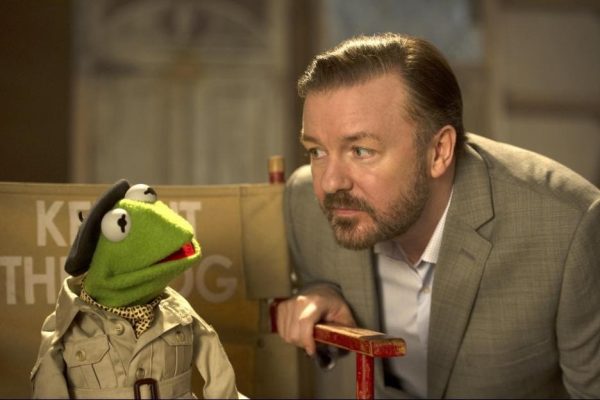 It’s hard to place where Muppets Most Wanted falls flat. Perhaps it’s the writing, perhaps it’s the lack of creativity in the story or perhaps it’s the overt product placement, but something about Muppets Most Wanted feels empty. Even the cameos feel a little awkward and forced. Which is weird because, the movie is actually quite enjoyable. A lot of the jokes work, there Muppet spirit is prevalent and it’s so unashamedly aware of itself that it’s hard to hate it. Both Tina Fey and Ty Burrell look to be having the time of their lives and their interactions with The Muppets bring a lot of the film’s highlights. Burrell and Sam the Eagle in particular are a hilarious duo and Fey’s infatuation with Kermit, while underdeveloped, is a nice touch. While the movie might not be great, everyone looked like they are having a blast and that really helps elevate the movie’s joyous nature.

Well, all expect Ricky Gervais who looks like he’d rather be anywhere else. In interviews, Gervais has said that working on a Muppets set is a “dream come true”, but you wouldn’t know that by looking at his performance. For someone who is usually very charismatic, he is as dry as the Sahara Desert against his fuzzy counterparts and much better comedian actors. During his song and dance number with Constantine, he looks dead behind the eyes as if reminding himself, “just think of the money, just think of the money”. 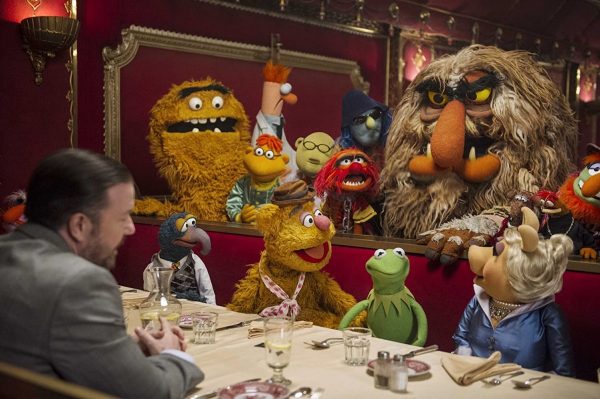 One of the shining elements of The Muppets was the phenomenal soundtrack from Flight of the Conchords‘ Bret McKenzie and thankfully with him back on board, the songs in Muppets Most Wanted are the clear highlight. It doesn’t have anything near the level of Man or Muppet, but it does have a few tunes that will stick in your head and refuse to leave. Music has been an integral part of what makes The Muppets so it’s good to see that at least they haven’t failed at this. However, the fact they didn’t change the lyrics to We’re Doing a Sequel to mirror the movie’s title change further points towards a lack care in terms of creativity.

Muppets Most Wanted‘s biggest crime is that it’s a sequel without a purpose. When Jason Segel brought The Muppets back to the big screen it was because he wanted to remind the world just how brilliant these characters are how they can transcend generations. Muppets Most Wanted on the other hand is just an excuse for Disney to drain a few more dollars from their new found success. It’s not a terrible movie at all and in fact it’s quite enjoyable. But it’s missing a certain spark and a certain love to make it a truly brilliant movie. At least the songs are good, but that’s really all there is to say. A shame really.