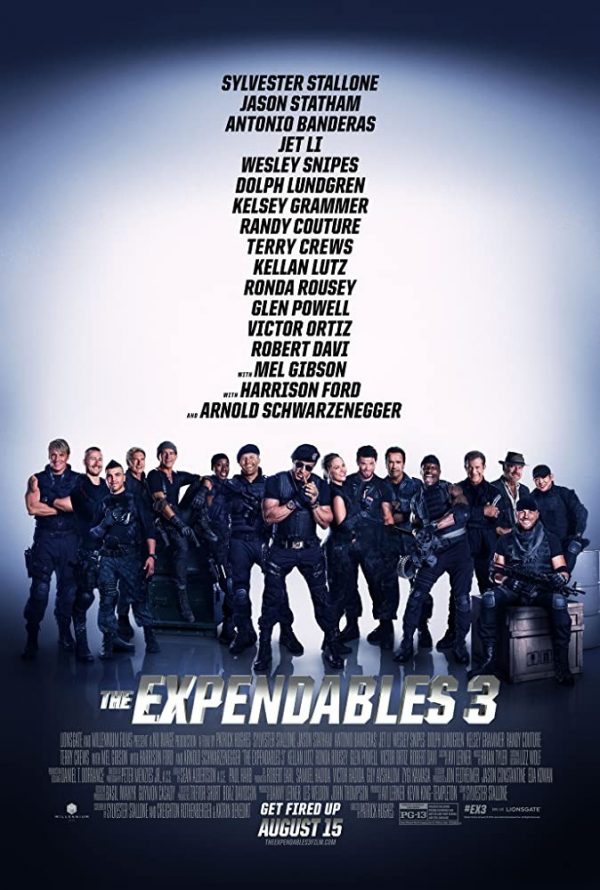 Barney augments his team with new blood for a personal battle: to take down Conrad Stonebanks, the Expendables co-founder and notorious arms trader who is hell bent on wiping out Barney and every single one of his associates. 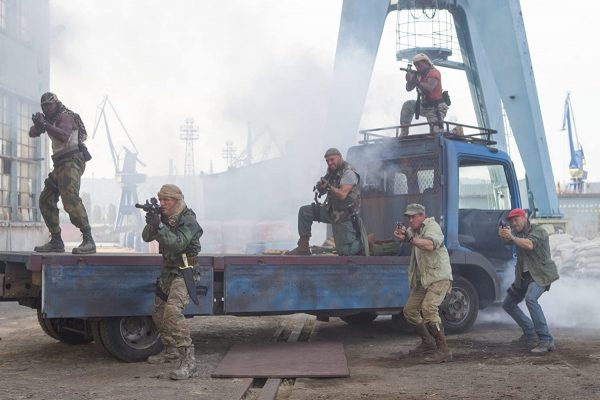 After a long summer of blockbusters, the season is now winding down, but not before we see another coming together of the action greats of the 80’s. The Expendables are back for another mission, and this time it’s personal. Actually…it’s always personal.

With well over half a billion banked so far, the third instalment will hope to take the franchise over that billion mark, despite recent box-office disasters for most of the principal cast. Likewise, trailers have suggested that the film will up the ante from the previous film. So…has Stallone finally taken this franchise beyond “passably enjoyable” to genuinely decent?

The third film sees Barney Ross (Stallone) and his boys breaking out former team member Doc (Wesley Snipes) from a military prison, staging a daring prison train escape. After that they’re all sent on a mission to take out an international arms dealer, unaware that said dealer is in fact Conrad Stonebanks (Mel Gibson) a former founding Expendable turned rogue who Ross believed he’d killed years ago. The mission ends with one of the crew mortally wounded and Stonebanks escaping. 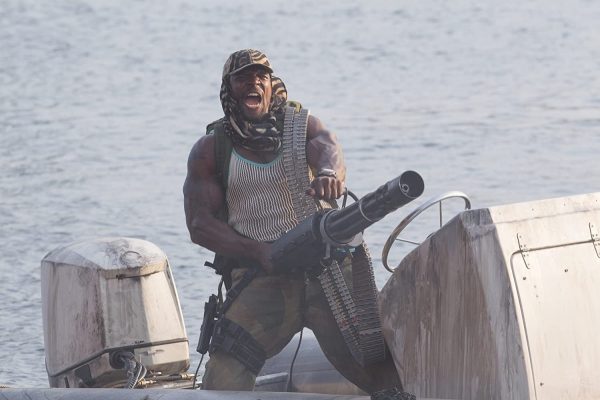 Then the plot takes a somewhat illogical and pointless turn when Ross then pensions off his old crew, because he doesn’t want to kill them. He then happily recruits a group of youngsters, to go on essentially a suicide mission to take out Stonebanks. This paints Ross in a not very pleasant light, as he essentially makes his crew of old mercs, who live to die in battle, and can’t function in normal society, have to give up their life and then try and function in normal society, which we discover they can’t do through the medium of musical montage. He’s also happy enough to sacrifice a few youngens, who have their whole lives ahead of them. The new crew fail and are captured, so Sly turns to the old crew again, to rescue the whipper snappers. The plot is a bit of a mess to be honest.

At this stage, long term fans of the cast and their respective careers, have probably come to terms with the fact that this will never achieve the levels that titans like Arnie and Sly did in their heyday with films like Predator, Terminator, First Blood etc, but isn’t that kind of the point? These guys are past their prime. Is the franchise happy to coast on in-gags, banter, and plotless, slightly mindless carnage? Absolutely. It’s now got to the point that it kind of works. For all that this franchise could have been, it also could have been a hell of a lot worse. The Expendables 3 is still a fun movie. It’s loaded with action and despite a lack of bloody extravagance that the R rating used to bring, still packs as much punch and bang for your buck as the last two. Too much poor CGI aside, the action works fine. The cutting pace naturally becomes quicker to mask the violence but the action holds up well on the whole. 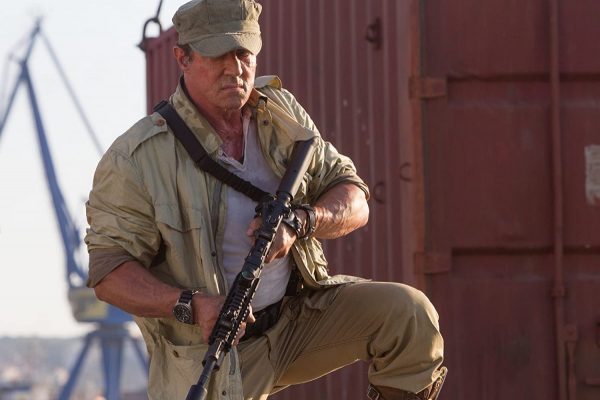 The cast is a mixed bag. The usual suspects all return and dive into their roles with minimal fuss and as if slipping on an old pair of trainers. The likes of Jason Statham, Terry Crews, Dolph Lundgren and Randy Couture get a few little moments here and there but are a little wasted really. As expected the cameo artists breeze in and out to recite a few lines with little logic, or even point at times, but we’re at the third film now and expect it. Just as we have had with the likes of Mickey Rourke, Bruce Willis and Chuck Norris randomly appearing, here Arnold (as he’s done in each film) pops up every now and again to try and out pun Sly, and Harrison Ford growls his way through a cameo, that at the very least, he seems to be enjoying. Stallone is okay in the lead again, but Barney Ross will never really rank up there with Rocky or Rambo. He’s about as good as Sly’s writing, and remaining facial expressions will allow.

The films biggest issue is in the new cast. The old guard start the film off running nicely. A couple of good opening set pieces with them doing what they do with aplomb. Then they’re retired off and replaced with the young group. The trouble is, the new entries, including Kellan Lutz and Ronda Rousey just aren’t very interesting. They’re even more poorly arced than the older guys, but not even played with half the charisma or presence. Lutz, the most experienced of the new recruits is extremely dull. When he’s not reciting dialogue he switches off completely, becoming almost inanimate. The likes of Lundgren and Couture might not be the finest Thespians but they’ve got presence and even if they’re in the background on a shot, they’re still engaged. For as little respect as Sly, Arnie, Lundgren etc often get, they’ve had such long careers because they’re good at what they do, and have screen presence. 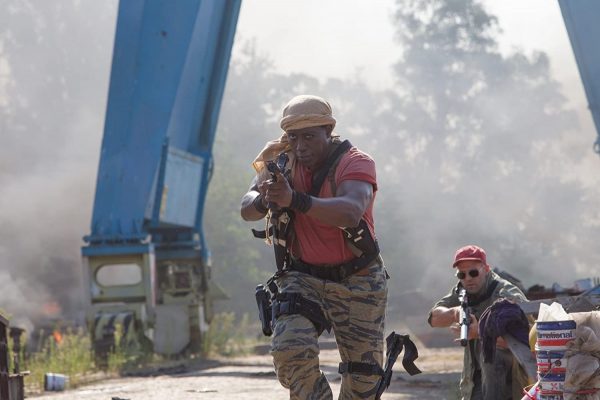 Wesley Snipes makes his return. He enjoys himself and is set up as a potentially interesting character, but he becomes an afterthought when the film switches to the youngsters. Antonio Banderas offers the comic relief here. His Galgo is at least an interesting character, though he might grate on the nerves of some. I enjoyed his role though. Kelsey Grammer is good, but much like Rourke in the first film, despite being one of the more interesting characters, his role felt redundant and largely happened during a sagging middle. What of Mel Gibson as villain? Well…he’s brilliant. Gibson is on fire here. Whenever he’s on screen the film lights up. He injects energy into the scenes and his first face to face scene with Sly is probably the best scene of the entire franchise so far. Gibson is electric and intense. He’s wild eyed and crazy, evoking Martin Riggs, if he’d become a heartless arms dealer.

Director Patrick Hughes does okay, even if he seems a little over his head at times, threatening to lose grip of the film. That said, just how much is genuinely his vision and how much Sly called the shots is debatable. The erratic nature of the film, mirroring Sly’s often erratic decision making would suggest the latter. Still, when all is said and done, The Expendables 3, whilst probably the weakest of the three films, does what it says on the tin. It’s clearly marketed and aimed at a younger audience, and largely I think they’ll get a kick out of it. For action buffs, there is still plenty of enjoyment to be had seeing the old boys kicking backside. The young crew experiment didn’t work, going completely against what makes this film sellable. The Expendables 4 should most certainly stick to the original formula. Undoubtedly we’ll see another instalment too.