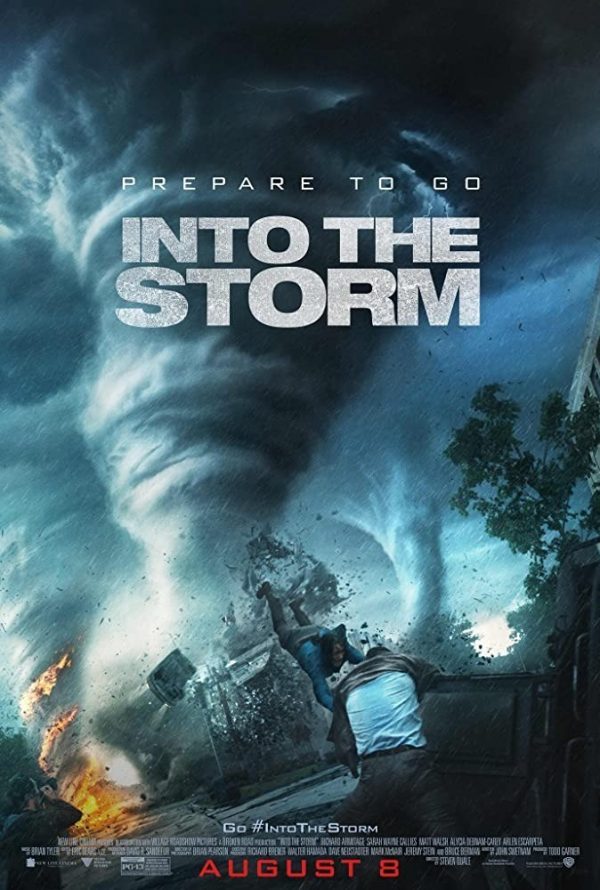 Storm trackers, thrill-seekers, and everyday townspeople document an unprecedented onslaught of tornadoes touching down in the town of Silverton. 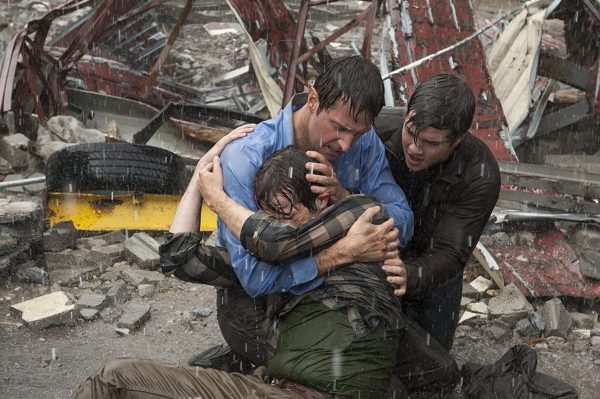 As a professional, I am contractually obliged to give you a full and in-depth review of Into the Storm, but I feel it can be summed up pretty quickly: when the tornadoes are destroying stuff it’s great and when they’re not, it’s pretty awful. At least they don’t have sharks in them eh?

Into the Storm sets up our main groups of characters who are documenting the days events for various reasons. There is a single-parent family at war who making a time capsule video, a duo of doofus Jackass-wannabes who want to be YouTube stars and a group of storm chasers who are looking to make a documentary but are about to have their funding cut. All three come together however when a tornado storm – the likes of which has never been seen – rolls into town to rain on their parade. 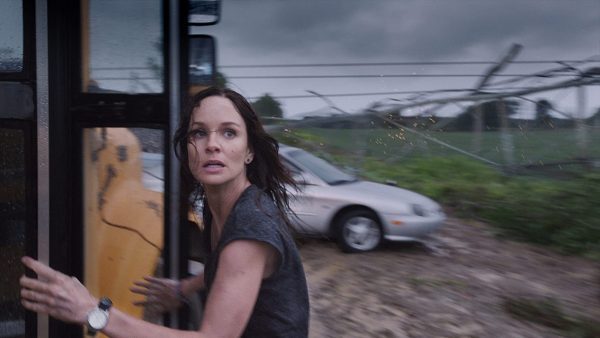 Steven Quale is a director who can do destruction, devastation and peril rather well as shown in the better-than-you’d-think Final Destination 5 and this is again on show here. The scenes in which the tornadoes are taking buildings apart with ease or sucking people into its vortex are very effective and can even be gripping and tense at times. Unlike 90s disaster movies where directors made the natural occurrence out to be killers in a slasher movie, Into the Storm focuses more on the devastation it leaves in its path. The scenes of homes reduced to nothing but rubble are reminiscent of news footage we’ve seen in the last 10 years from real-life disasters. Quale clearly put a lot of time and energy into this.

What they did not put time and effort into however is the characters and the dialogue they speak. Every character is cut from the same clichéd cloth and they all spout lines that sound like first-draft place holder text. They all have their characters and they all have their motivations, but you don’t warm to any of them the way you did to Helen Hunt and Bill Paxton is Jan de Bont’s Twister. Because of this, the tornado scenes themselves don’t have quite the effect or impact that perhaps Quale would have liked. Into the Storm sadly doesn’t have the charm that 1990’s disaster movies had and as such, the simple fact the destruction is impressive is just not enough to fill the rather brief 89-minute runtime. 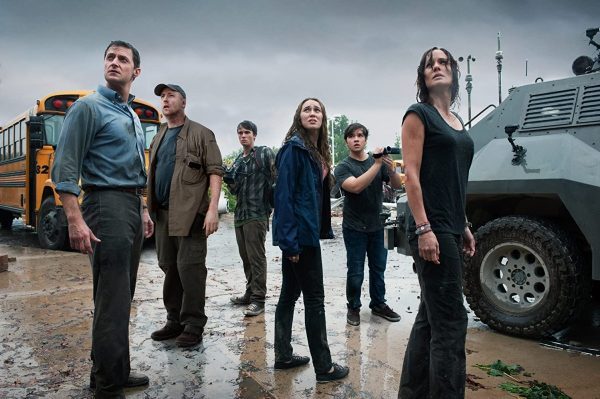 Perhaps its hampered by the 12A rating, but Into the Storm has a surprisingly low body count which perhaps accounts for why some of the movie feels bland. Despite the large amount of devastation happening all around them, none of the characters ever feel like their in jeopardy, which seems unusual for a big-budget disaster movie. That’s not to suggest the movie would have fared better with a 15 certificate, but Into the Storm almost feels afraid to kill of its cast members – even when there are so many of them.

Into the Storm should be praised however for being one of the few found footage movies to use the gimmick correctly. When there are scenes of people talking, it’s shot like a regular movie but when Quale wants a first person perspective, he cuts to the found footage. This means that Quale and the characters don’t have to sit around and constantly justify why cameras are on or why people are recording. It does create a level of inconsistency, but it never detracts from the movie as a film like Chronicle would. 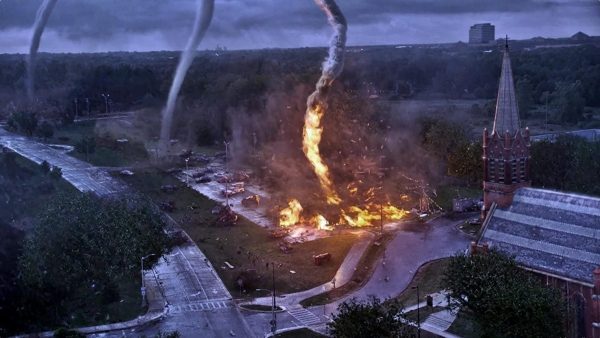 While it’s certainly not the worst film you’ll see this year, Into the Storm isn’t one of the better ones either. It’s mediocre at best and pretty lousy at worst. The action scenes are impressive and the visual effects are excellent (if ruined by too many of them being in the trailers) but all the stuff in between the tornadoes is groan-inducing at the best of times. Twister this is not. Simply put, Into the Storm will not “blow you away”.