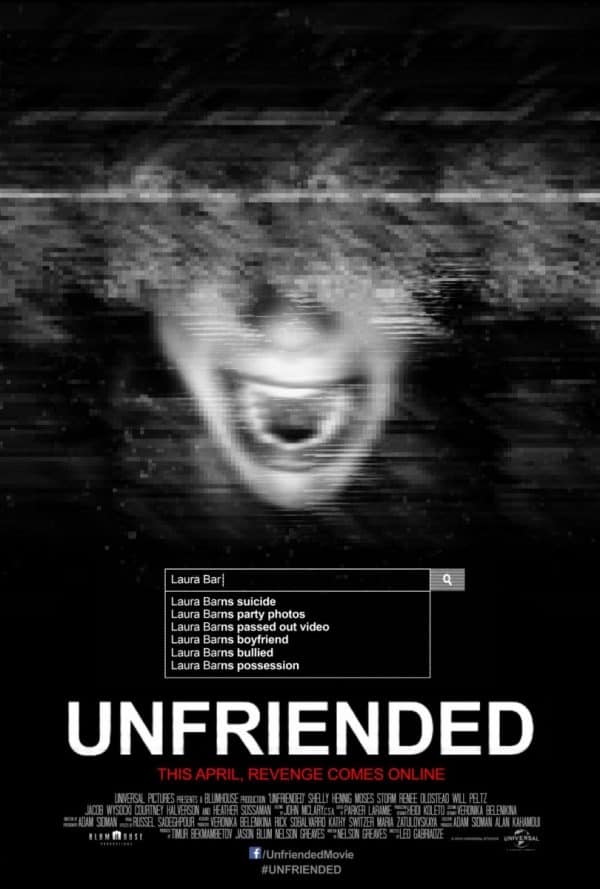 A group of online chat room friends find themselves haunted by a mysterious, supernatural force using the account of their dead friend. 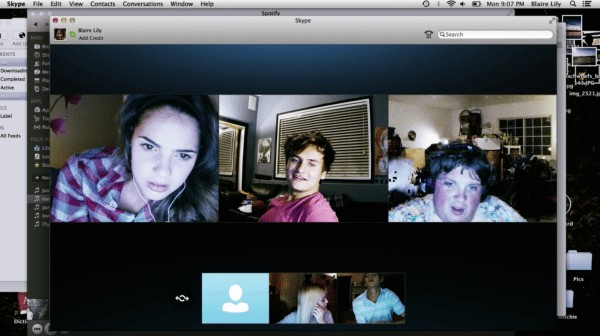 Do you like gimmicks in your movies? How about movies that are so gimmicky, the filmmakers force their device into the logo of the production company reel? Well, here’s Unfriended, a movie set entirely from the perspective of a computer screen, complete with usage of the most common applications such as Skype, Facebook. Google, Chat Roulette, and more. It’s almost as if you’re plugging your laptop into the silver screen.

And as mentioned, Unfriended takes its little creative idea and goes for broke with it (the Universal logo display actually gets pixelated similar to a visual quality drop on Skype) to tell a vengeful ghost story that is for the most part, one of the most awesome and refreshingly original films to come out of the genre. I’m sure since this movie will undoubtedly be a success that will be beaten into the ground with sequels, copycats and spinoffs, but that can’t take away the fact that Unfriended did it first and will probably be the most intense thing you have ever seen on a computer. 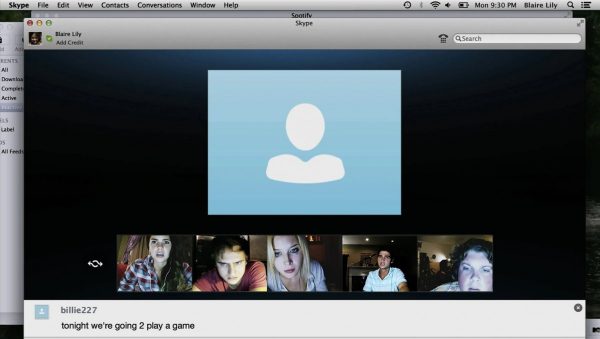 Even though the movie sports the usual character cast of stereotypical annoying teenagers, it works here because while the real reason we are here is to watch people die over Skype, Unfriended at times does a good job with spicing up its story with some social commentary on cyber-bullying and the grim realistic effects those actions can have. It may miss the mark somewhat considering that the only real characterization Laura is given is that her schoolmates posted an embarrassing video of her online that caused her to commit suicide. Yes, the video is shameful but not necessarily enough to make someone blow their brains out. With that said, a little more could have been added to create more sympathy for Laura; for example maybe she was always bullied and suffering from depression symptoms. Something like that would also give the movie an extra kick to its already obvious message.

In the grand scheme of things it doesn’t matter too much though as Unfriended takes its online setting and creates a number of unique premises, scenes, kills, and even perfectly placed doses of comedy. You can’t help but smile as these teenagers are placed into very dark scenarios that walk the line between intensity and black comedy, ultimately receiving their comeuppance. 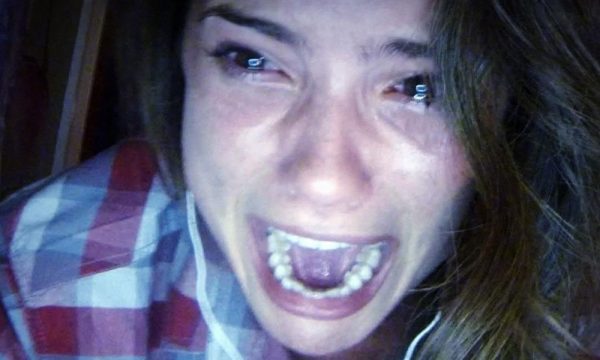 It’s also a surprisingly atmospheric film due to the accuracy of its presentation. Skype looks like Skype, Facebook looks like Facebook, the pixelation of the video calls drop occasionally, and the computer generally behaves like a real computer aside from the fact that a murderous ghost is haunting the living hell out of it and its users. Even the most arbitrary sound effects like a mouse clicking has a slight positive impact on making this whole thing feel as involving as possible.

When I first saw the trailer for Unfriended I was convinced it was going to be stupid despite numerous rave reviews; after having seen it all I can say is who the hell knew you could get so creative by blending together horror and cyberspace. Without spoiling anything, Unfriended also does some bloody brilliant things with music. This is what the horror genre needs more of; new ideas with interesting ways to conjure up scares and death.