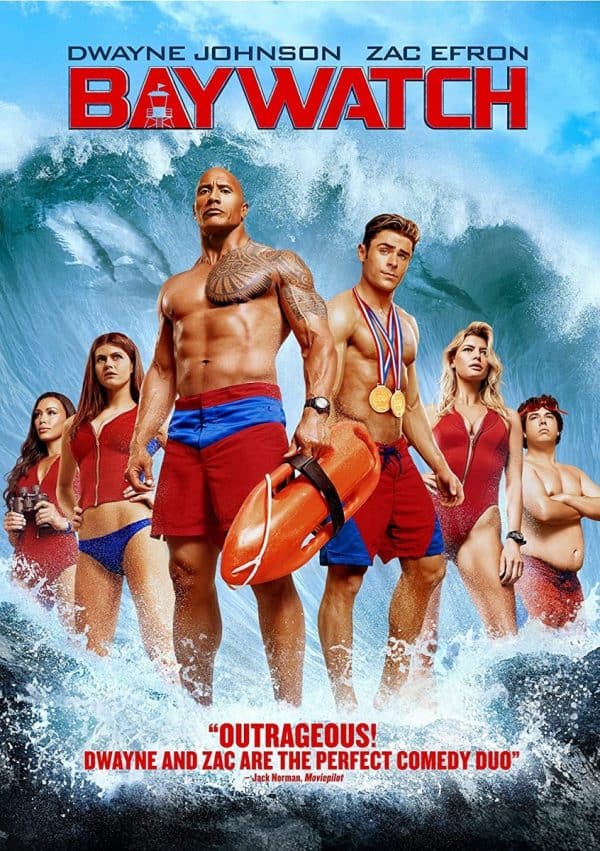 A washed-up Olympic swimmer finds himself teaming up with a squad of elite lifeguards to uncover an international drug smuggling plot and save the beach they’re sworn to protect. 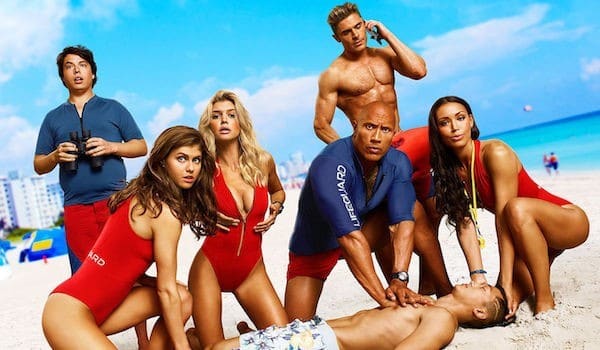 Try as it might to emulate the formula of Phil Lord and Chris Miller’s ultra-successful big-screen 21 Jump Street reboot franchise, the decidedly less-canny Baywatch lands with a shrug of indifference, despite the solid efforts of a well-matched cast.

The plot here matters about as much as it did in the original TV series, and to that end is suitably forgettable; larger-than-life lifeguard Mitch Buchannon (Dwayne Johnson) is seeking three new recruits for his elite lifeguard unit known as Baywatch. The successful applicants end up being arrogant Olympic gold medalist Matt Brody (Zac Efron), the smart and resourceful Summer Quinn (Alexandra Daddario), and the out-of-shape but fiercely determined Ronnie (Jon Bass).

They join Baywatch mainstays Mitch, C.J. Parker (Kelly Rohrbach) and Stephanie Holden (Ilfenesh Hadera) to patrol the beach, and soon enough discover that a new club owner in the area, Victoria Leeds (Priyanka Chopra) is using her business as a front for a massive drug smuggling op. 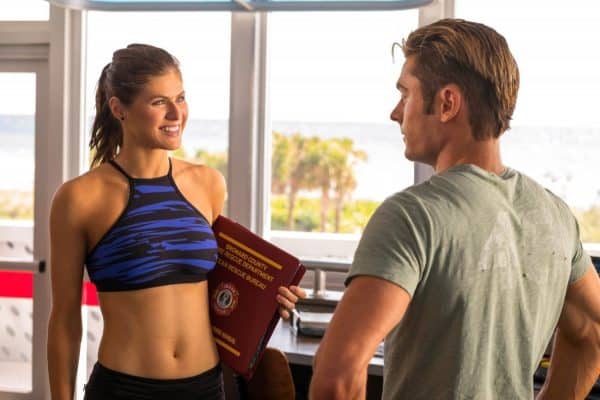 Baywatch is a classic example of a movie that’s clearly vastly over-confident in the abilities of its cast, because even a figure as charismatic as Dwayne Johnson strains to make much out of an utterly mediocre script from Freddy vs. Jason screenwriters Damian Shannon and Mark Swift. Weirdly laughless for long stretches of its abusively overlong 116 minute run-time, there’s a clear presumption here that putting actors this talented and good-looking in a litany of silly, rude scenarios will be enough to entertain.

But it’s still a sexy good time, right? And it makes the most of its 15 rating, right? Well, if you went into Baywatch hoping to see a dead man’s penis, then you’ll absolutely get your money’s worth, but in terms of the boobs and buns a lot of people were probably expecting, it’s all shockingly tame and, for the most part, strategically covered up.

Yes, the characters are extremely vulgar and foul-mouthed, and the plot hinges on drug use while even featuring the occasional severed limb, but it’s baffling how lacking in raunch the end product is. Kelly Rohrbach’s C.J., the primary female eye candy, just feels like an ersatz, air-headed rendition of Pamela Anderson’s original, and despite showing decidedly more skin in numerous prior films, Zac Efron fans will have to settle for him merely removing his shirt. 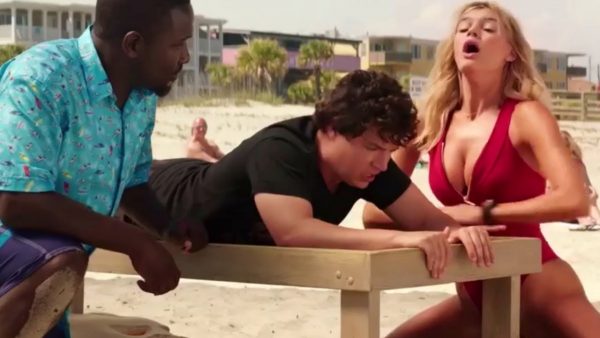 Perving aside, the real issue with this film is that it’s just not very funny. 21 Jump Street arrived in 2012 amid similarly low expectations, but proved hyper-aware of audience skepticism and worked hard to prove them wrong. Here the knowing gags feel decidedly more smug and conceited, touting a certain confidence that the Jump Street formula can be lazily applied to another long-dead cheeseball TV show for easy box office gains. And with The Rock leading the charge, they just might be right.

Johnson has the nickname “franchise viagra” for good reason, and though he largely hasn’t been able to sway the critics here, his charm goes a long way to making the film a watchable enough diversion. His harsh back-and-forth with Efron’s toolbag athlete results in most of the movie’s best scenes, yet even this perhaps ends up dominating too much, as many of the other Baywatch team members feel jarringly sidelined by comparison (and it doesn’t help that Ronnie, Stephanie and C.J. randomly disappear for a giant pocket of time in the second half), when they’re not being forced into implausible romances, of course. 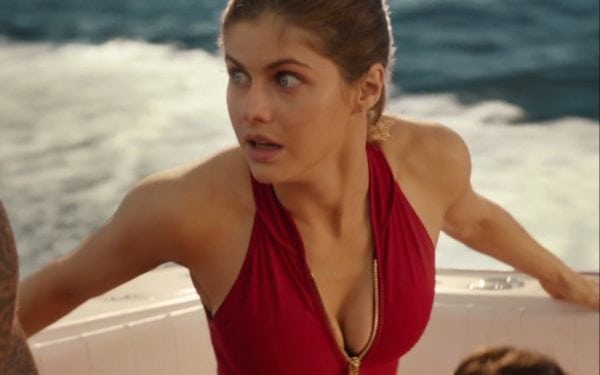 The script doesn’t try hard enough for sure, but there’s also a surprising tawdriness to the overall production; bar a genuinely thrilling sequence in which Efron does his best Tom Cruise impression on a motorcycle, the action is thoroughly workmanlike, and hampered by some staggeringly bad visual effects, especially during a set-piece involving a burning boat.

It’s hard not to feel vaguely embarrassed for the cast, who are clearly giving it their all to sell the scene, yet once the digital wizards have worked their “magic”, the end result would barely pass muster on a mid-budget TV show (and don’t you dare say that’s an intentional homage to the original series).

Will Baywatch actively upset a lot of people? No at all; the naffness of the source material means there won’t be a screaming legion of diehards proclaiming it to have “ruined” the original, even if they might express disappointment at the low-effort, perfunctory cameos from David Hasselhoff and Pamela Anderson. 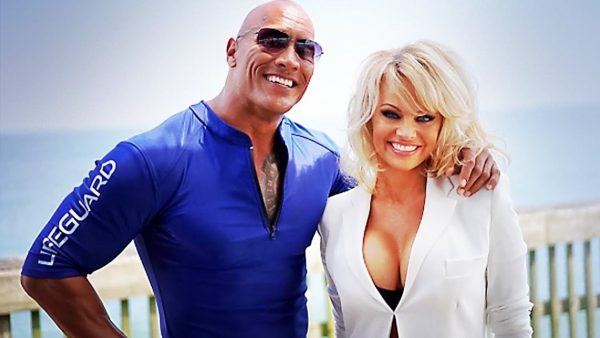 Viewers may prove divided on how intentional the film’s cheesiness is, but after a point, a lame plot and abundance of non-humour cannot be sustained by irony alone. The sexiness and personalities of the central cast will be enough for some, but the buoyant start of a promising franchise this is not.