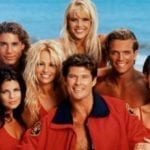 FremantleMedia International has announced that it has remastered all 242 episodes of the classic lifeguard drama Baywatch into full HD and is set to shop it to broadcasters around the globe. According to Deadline, the remaster was prompted by the 2017 feature film headlined by Dwayne Johnson, which “rejuvenated the brand” despite mixed reviews. In […] 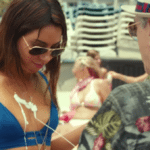 Tom Jolliffe takes a look at an increasing trend in witless low brow comedies on the big screen… It goes without saying that low brow comedy is nothing new. Foul mouthed tirades, sex jokes and toilet humour. Occasionally these comedies might play with stereotypes relating to race, gender or sexuality. Of course attitudes have changed […]

If Hollywood had stopped making bad films, they would have made more money… 2017 probably isn’t the year to say that the HL Mencken line about nobody losing money underestimating the public isn’t true, but it certainly looks like it no longer holds for the film industry. Amidst the wailing and gnashing of teeth from […]

Anghus Houvouras is suffering from Dwayne Johnson franchise fatigue… We spend so much time analyzing franchises. That’s mainly because they make up such a high percentage of blockbuster cinema. If you look at the top 10 films of 2017 globally, only two films don’t fall under the franchise tag: The Boss Baby, an animated family film […]

Henry Bevan on whether we judge a film before we watch it… One of the most disheartening things ever happened a few days ago. Dwayne Johnson, The Rock, generally awesome dude and woke bae, attacked film critics on Twitter because they didn’t like his new movie, Baywatch. According to Dwayne, “Fans LOVE the movie” whilst […]

Coinciding with its UK release this week, Flickering Myth’s Thomas Harris caught up with Baywatch stars Zac Efron (Matt Brody), Alexandra Daddario (Summer Quinn) and Priyanka Chopra (Victoria Leeds) to discuss their work on the big screen comedy reboot of the classic 90s TV series. You can find the interviews below, or watch them over […]

Subscribe on iTunes. Support Flickering Myth, buy a t-shirt. Email in your questions: oli@flickeringmyth.com Join Oli and Luke in this week’s Flickering Myth Podcast for… SCOOPERHERO NEWS – Luke Owen reviews Wonder Woman, which currently has a 96% fresh rating on Rotten Tomatoes and is projected for a $175 million opening weekend, a new director rumoured for […]

It’s been a long-standing argument among film lovers: do critics matter? Well, according to one Paramount representative, they did for box office flop Baywatch. Speaking with The Hollywood Reporter, Paramount’s president of worldwide marketing and distribution Megan Colligan noted, “The reviews really hurt the film, which scored great in test screenings. We were all surprised. It is […]

The U.S box office has witnessed its lowest Memorial Day weekend since way back in 1999. The four day weekend is usually a good time for box office receipts with families in the U.S looking to take a trip to their local theaters. But this hasn’t been the case in 2017 as this year’s films […]

SONY’S SPIDER-VERSE With Sony pushing ahead with their Venom movie starring Tom Hardy, Splash Report have a new dubious rumour about the plot details for the Black Cat & Silver Sable outing Silver & Black. According to the site – so take this with a pinch of salt – the movie will feature, “Silver Sable […]