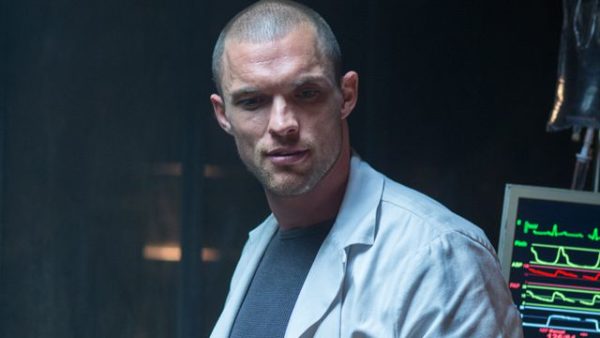 Deadpool star Ed Skrein has become the latest addition to the cast of Lionsgate’s Hellboy reboot, with THR reporting that the actor is set to portray Major Ben Daimio, described as “a rugged military member of the Bureau for Paranormal Research and Defense who, due to a supernatural encounter, can turn into a jaguar when angered or in pain.”

The film is being directed by Neil Marshall (The Descent, Game of Thrones) and stars David Harbour (Stranger Things) in the title role alongside Ian McShane (American Gods) as Professor Broom, Sasha Lane (American Honey) as Alice Monaghan and Milla Jovovich (Resident Evil) as the villain the Queen of Blood.

Meanwhile, speaking to the Happy Sad Confused Podcast (via Collider), David Harbour has spoken about following in the footsteps of Ron Perlman, and how his approach to the character will differ from his predecessor:

“There are things that I’m gonna do that are different. Hellboy is the same character from the comics and from what Ron did, there are certain things that are the same thing, but I do think that—I don’t know, there’s a different approach because I sort of highlight different things, I think, than Ron does. Ron sort of embraces this machismo in himself and in Hellboy, and I really like it and it’s super fun and it’s a super fun performance, but I think Hellboy has a certain psycho dynamic where occasionally he has to prove that he’s the lion, has to roar, and I think he struggles with his own masculinity. But I don’t think he needs that as much as maybe those other movies. I have a bit of a different take on his capability or his slickness. I sort of think that for me he’s a little less skilled at constructing that persona.”

Hellboy is set to begin production in September, with filming taking place in the UK and Bulgaria.