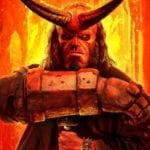 David Harbour, who starred in the failed Hellboy reboot, thinks that fans of the original films rejected the remake before it came out. Hollywood loves its remakes and reboots but sometimes they don’t work out at all. This was the case with David Harbour’s Hellboy, which tried to reimagine things after Guillermo del Toro’s popular […] 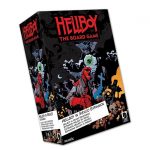 Dark Horse and Mantic Games have announced the release of Hellboy in Mexico, a limited edition expansion for Hellboy: The Board Game which adds new heroes, new missions, and new villains. Previously only available as an optional extra in the Kickstarter campaign, this limited-edition expansion tells the story of Hellboy’s lost period in Mexico, when […] 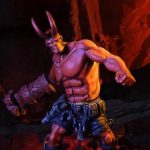 Dark Horse has unveiled a brand new Hellboy statue, based on the miniature from Mantic Games’ bestselling Hellboy: The Board Game. Limited to 500 pieces, the collectible is available to pre-order now, priced at $149.99; check out the promotional images here… Dark Horse Direct and Mike Mignola are proud to present the first Hellboy Statue […] 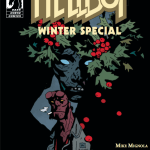 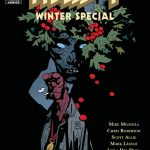 Hellboy Winter Special is out this Wednesday from Dark Horse Comics, and you can take a look at a preview of the issue here… Celebrate the season in true Hellboy fashion! Meet a ghostly miser in an alternate reality, fear the Boogam of rural New York, and embrace the wrath of St. Hagan in this […] 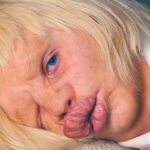 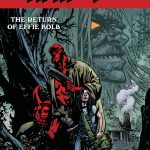 Dark Horse Comics has announced that Hellboy creator Mike Mignola is teaming with artist Zach Howard, colorist Dave Stewart and letterer Clem Robbins for Hellboy and the B.P.R.D.: The Return of Effie Kolb, a sequel to the iconic Hellboy story The Crooked Man. “Sometimes you create a character, they perform their function, and that’s it,” […] 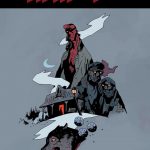 Coinciding with its release this week, Dark Horse Comics has unveiled a preview of Hellboy and the B.P.R.D.: Long Night at Goloski Station from Hellboy creator Mike Mignola; take a look at the preview here… A quiet night at a rundown Russian train station turns into an all-out demon battle for Hellboy when three sinister […] 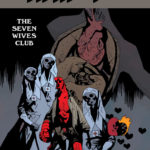 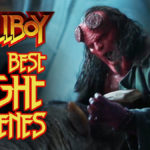 To coincide with the home entertainment release of Hellboy – which is available now on 4K, Blu-ray, DVD and Digital – we’ve got an exclusive feature for the comic book adaptation which features the top three fight scenes from the movie! Check it out below courtesy of Lionsgate, and be sure to head on over […]