Frontier Developments have announced the fifth update for their epic space title Elite Dangerous.  This latest update, titled The Return, will see the return of an alien race whose roots lay deep within Elite’s 8bit history.  A new teaser trailer has been released to accompany the announcement and can be watched below… 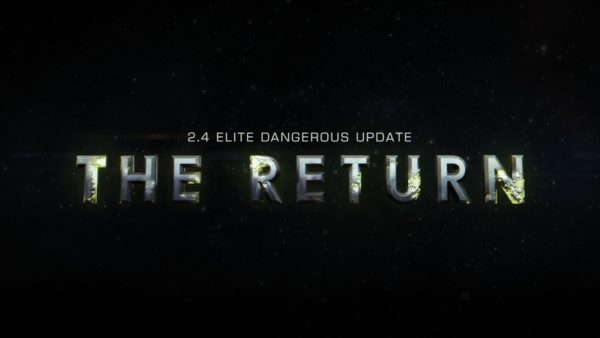 Update 2.4 for Elite Dangerous will see the return of the Thargoids, an insectoid race that first made an appearance as an antagonistic species back when David Braben and Ian Bell created the original open-world space adventure Elite on the BBC Micro and Acorn Electron back in 1984 (I literally still have the game and the Electron).

The Thargoid race were last encountered in Frontier: First Encounters and in the 50+ years between the setting of this and Elite Dangerous there has been no contact at all, in fact the truth of the Thargoids have been swamped by myths and legends and very few, if any, can separate the truth from fiction.  That is……..until now.  Players will need to ensure their tech and tactics evolve to handle the return of this alien menace or see humanity’s hold on the galaxy dwindle.

‘The Return will be a dramatic ongoing event for the Elite Dangerous galaxy,’ says Elite co-creator and Frontier CEO, David Braben. ‘Story events have hinted at the Thargoids’ return for a long time, but the Thargoids are returning at a moment when humanity is at its most divided. The Federation and Empire are at each other’s throats, a second tiny human-occupied bubble has scattered humanity’s greatest pilots, and Thargoid scout ships are drawing near. They have already probed our space, infiltrated our starports and found humanity to be vulnerable. What happens next will be decided by every Elite Dangerous player.’

Update 2.4 The Return is coming soon……… be prepared for the galaxy to change.