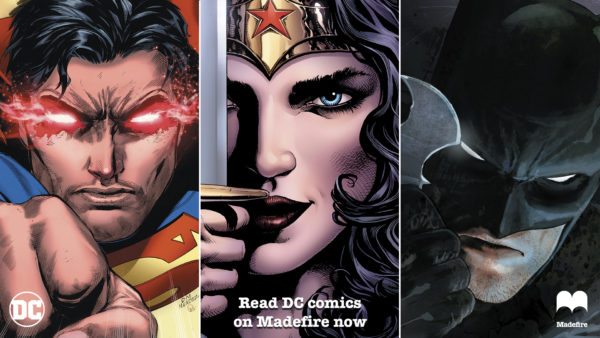 Madefire, the award-winning app and leader in digital comics and unique Motion Book technology, has announced that it has reached an agreement with DC Comics which will see a major expansion of the service, bringing tens of thousands of back-catalogue DC favourites to the platform as well as regularly updated new titles from DC.

Thousands of titles featuring the world’s greatest Super Heroes from DC’s beloved back catalogue will soon be available on the Madefire App, along with DC’s highly-anticipated new releases starting with today’s Dark Nights: Metal #1.

“As a leader and innovator in the digital comics space Madefire has been a great partner to DC and I’m pleased this expansion will bring our extensive line-up to an even broader audience,” stated DC Entertainment Publisher Jim Lee. “Now, for the first time, exciting DC titles like Dark Nights: Metal will be available to Windows, Apple TV, and Android TV digital readers – all via the Madefire App.”

The full catalogue of DC titles begins to arrive on the Madefire platform today, adding to the already impressive 30,000 comics, graphic novels and Motion Books already available on the service.