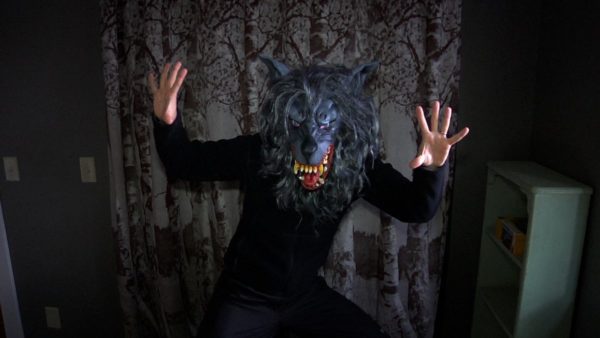 Mark Duplass will return to terrify another innocent videographer in Creep 2, the upcoming sequel to 2014’s truly chilling found footage horror-thriller. Distribution company The Orchard has unveiled the first official image from the found footage film, which features Duplass as Josef (although he may go by a different name in the sequel), holding up some sort of heart-shaped locket and clearly on the verge of creating some trouble. See it for yourself here… 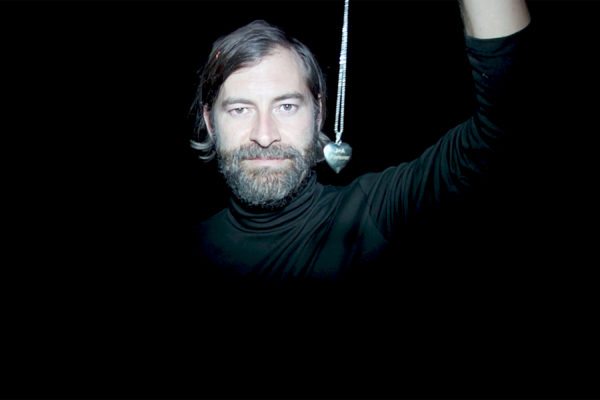 While Patrick Brice is back in the director’s chair, actor/filmmaker Desiree Akhavan (Appropriate Behavior) will star in the project this time around. Brice appeared alongside Duplass in the first film and will apparently appear in the sequel in some way, shape or form, but given his character’s fate, don’t expect a large role.

Karan Soni, Caveh Zahedi, Kyle Field and Jeff Man round out the ensemble, which is a larger cast than that of Creep; aside from Duplass and Brice, no other characters appeared on screen in that film.

In a statement, Brice shared, “We are overjoyed to bring the next chapter of Creep into the world! The fact that audiences have embraced the first film in such an unexpected way has been so heartening. We hope Creep 2 [will] bring a new level of fear, discomfort and joy to loyal fans and newcomers alike.”

Sara (Akhavan) is a video artist whose primary focus is creating intimacy with lonely men. After finding an ad online for ‘video work’ she thinks she may have found the subject of her dreams. She drives to a remote house in the forest and meets a man claiming to be a serial killer (Duplass). Unable to resist the chance to create a truly shocking piece of art, she agrees to spend the day with him. However, as the day goes on she discovers she may have dug herself into a hole she can’t escape.

Creep 2 sure sounds like it will deliver yet another intimate, intense and unforgettable low-budget horror experience. Not only should the film be a blast to watch, with several uncomfortably funny and heart-pounding moments, but it will be interesting to see how it connects to its predecessor; more specifically, if the Peachfuzz mask will be back to haunt viewers’ dreams.

The film is once again penned by Brice and Duplass; it hits digital platforms on October 24th and will debut on Netflix later in the year.