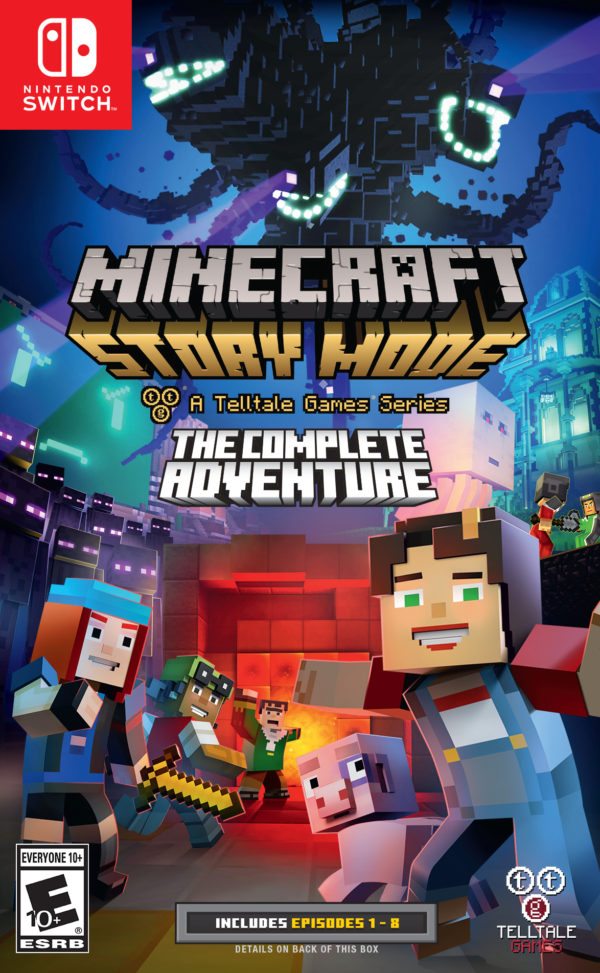 In Minecraft: Story Mode, players embark on a perilous adventure across the Overworld, through the Nether, to the End, and beyond. While attempting to enter EnderCon and meet Gabriel the Warrior, Jesse and friends discover that something is wrong… something dreadful. Terror is unleashed, forcing Jesse to set out on a quest to find The Order of the Stone in hopes of saving the world from oblivion.

Minecraft: Story Mode – The Complete Adventure contains all five episodes from the original season pass, along with three bonus episodes from the ‘Adventure Pass’ add-on series. It is available as both a digital download and physical cartridge.