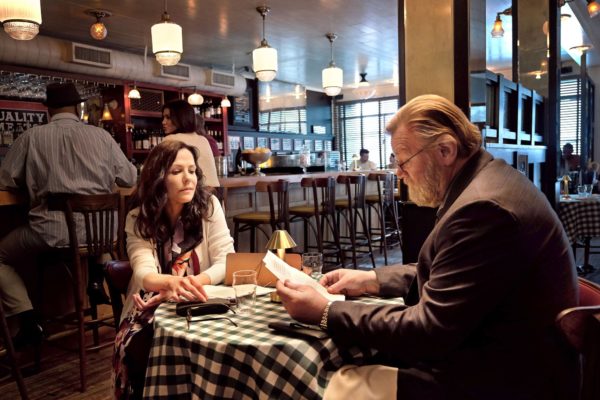 Given the luxury of an hour to bed in David E Kelley’s adaptation of Stephen King’s Mr. Mercedes takes its time. Introducing us to this world with a gruesome front and centre crime of indiscriminate motive and R rated lashings of claret. Never constrained by network censors this piece of thrilling detective ephemera goes in hard before flashing forward two years, where our protagonist is passed his best. 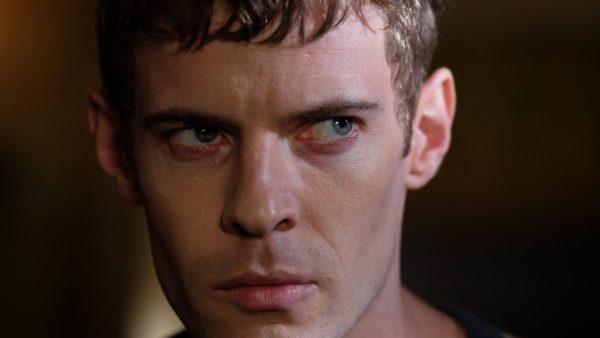 Other bit part players bring a sense of reality, comedy and deep-rooted darkly questionable horror to the party. Scott Lawrence as Hodges old partner Pete Dixon bounces back and forth with Gleeson in their early scenes, while Holland Taylor brings an edge to the widow Ida Silver, who is both his conscience, occasional dinner companion and potential physical liaison. Her presence in those precious moments they share lighten the mood of what could have easily been a by the numbers screen adaptation.

Easter eggs include nods to It, musical cues name checking Pet Sematary and visual references to Christine. Kelley has made sure that his audience is drip fed enough to keep us one step ahead of Hodges but somehow no wiser to an eventual outcome. Obviously those that have read the book are already clued in, but ultimately what has been crafted here is an old-fashioned thriller with solid character building. To a certain degree it could be said that there are nods to the Nic Cage thriller 8mm and also Michael Mann’s Manhunter, if not in look then approach. 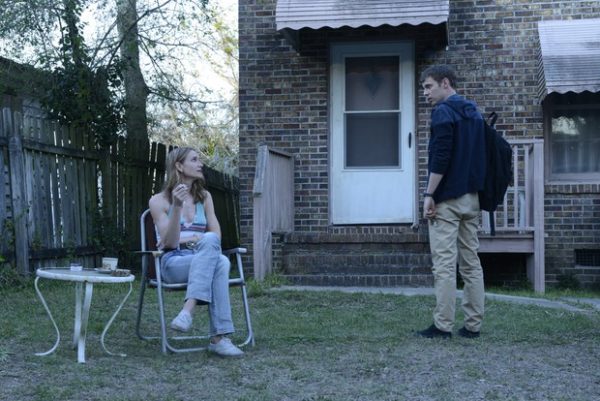 For something which belongs squarely on the post nine pm side of television scheduling, Mr. Mercedes proves darker than most without resorting to shock tactics. Silhouetted in a single bulb side view and employing flashes of subliminal imagery, there are moments when lines are crossed, while the show itself has a warning slapped on the front. Normally this approach means little and proves more of a gimmick, but on this occasion I would be inclined to consider it necessary. Often the main issue with adaptations of King’s work revolve around watering down his content for public consumption, but Mercedes has chosen to give us something darkly intriguing, steeped in mystery and brandishing murderous intent.