Robin Hood: Origins has been pushed back by six months to autumn 2018. 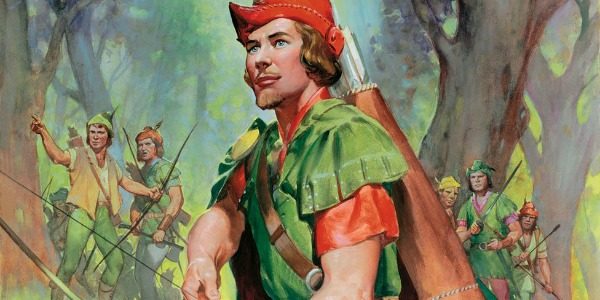 Robin Hood is one of those properties that can never seem to die, with a multitude of cinematic versions already available and a whole host more on the way.

One of the upcoming re-tellings of the Robin Hood story is titled Robin Hood: Origins and is set to star Taron Egerton as the title character, Jaime Fox as Little John, and Ben Mendelsohn as the Sheriff of Nottingham.

This type of endeavour has proven to be quite a risky one – see King Arthur: Legend of the Sword – and just how big a market there is for a Robin Hood film in this cinematic landscape is up for question.

The risk involved will likely have played a part in the film being pushed back from its original March 23, 2018 release date to September 21 of the same year.

The initial release date for Robin Hood: Origins would have seen the film go up against movies like Pacific Rim: Uprising, and Ready Player One following a week later.

Lionsgate, the studio behind the project, will likely have taken this into consideration, hoping their new autumn release date will allow the film to perform as best it possibly can.

Robin Hood: Origins is scheduled for release on September 21st, 2018 and features a cast that includes  Taron Egerton as the legendary English folk figure, Jamie Foxx as Little John, Ben Mendelsohn as the Sheriff of Nottingham, Eve Hewson as Maid Marian, Jamie Dornan as Will Scarlett, Tim Minchin as Friar Tuck and Paul Anderson as a yet-to-be-revealed character.