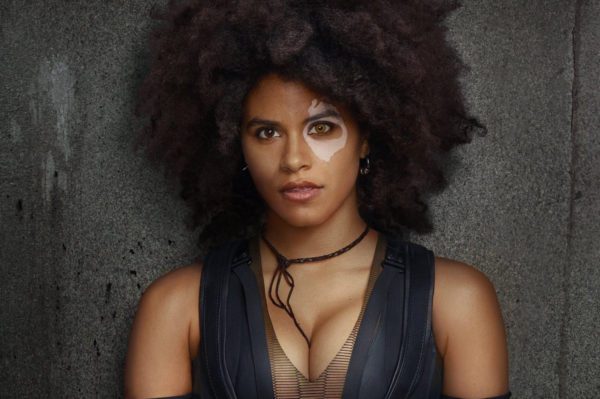 Over the past few days we’ve seen spy photos from Deadpool 2 featuring both Ryan Reynolds’ Merc with a Mouth and Zazie Beetz’s Domino wearing parachutes [see here and here], and now The Daily Mail has posted a few new snaps of Reynolds and Beetz together on set, and on the ground. Check them out here…