Sideshow has revealed its upcoming 1/5th scale Hulk statue, the latest addition in the Avengers Assemble line. The Marvel collectible is available to pre-order now, priced at $595 and is expected to ship April-June 2018; take a look at the official promotional images here… 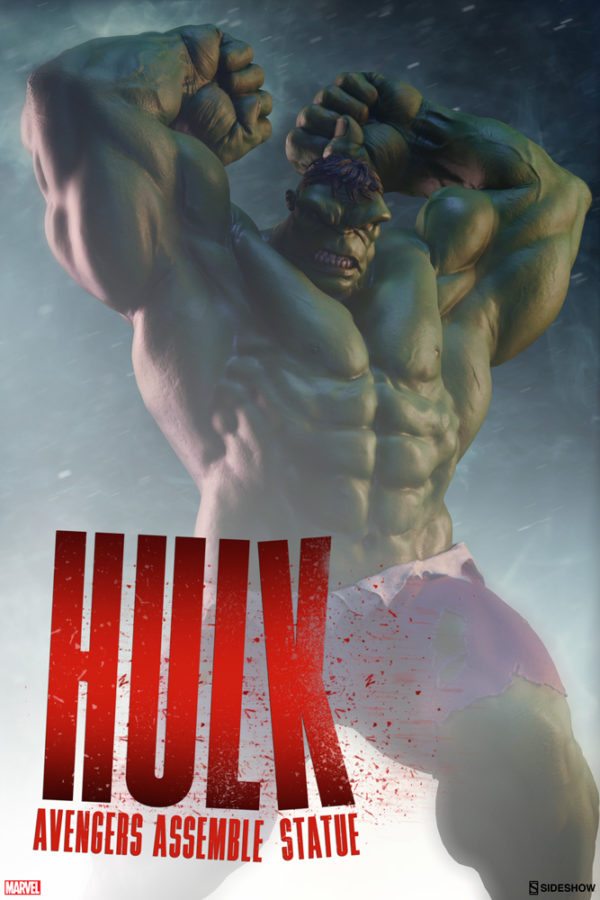 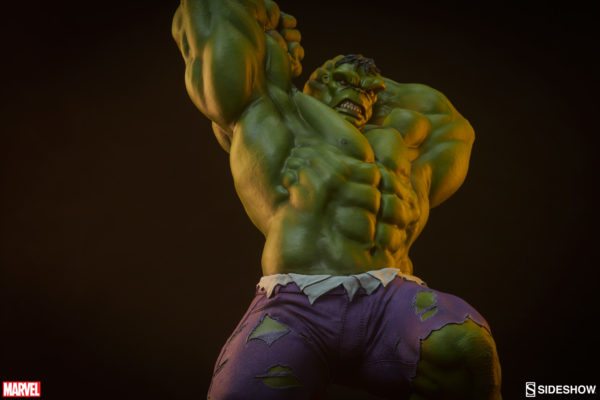 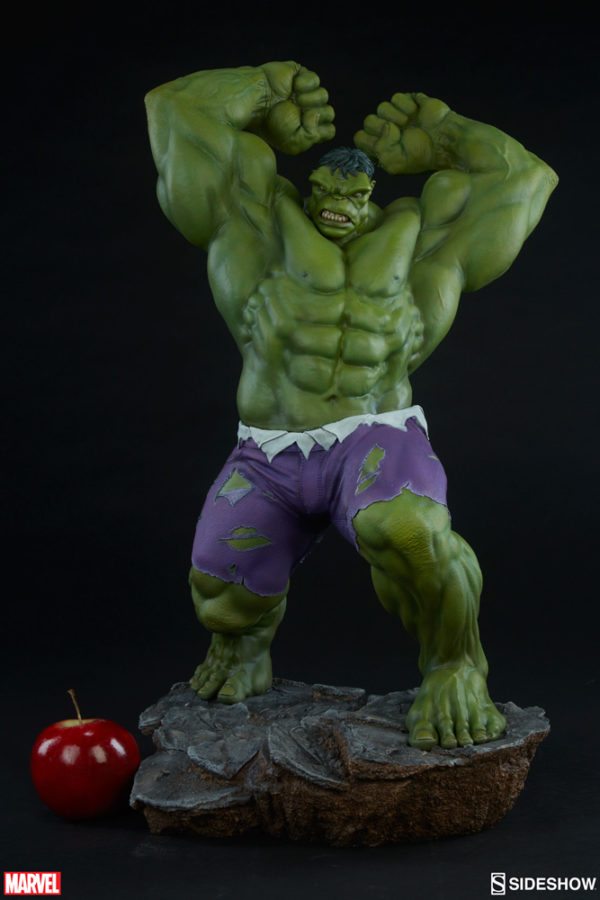 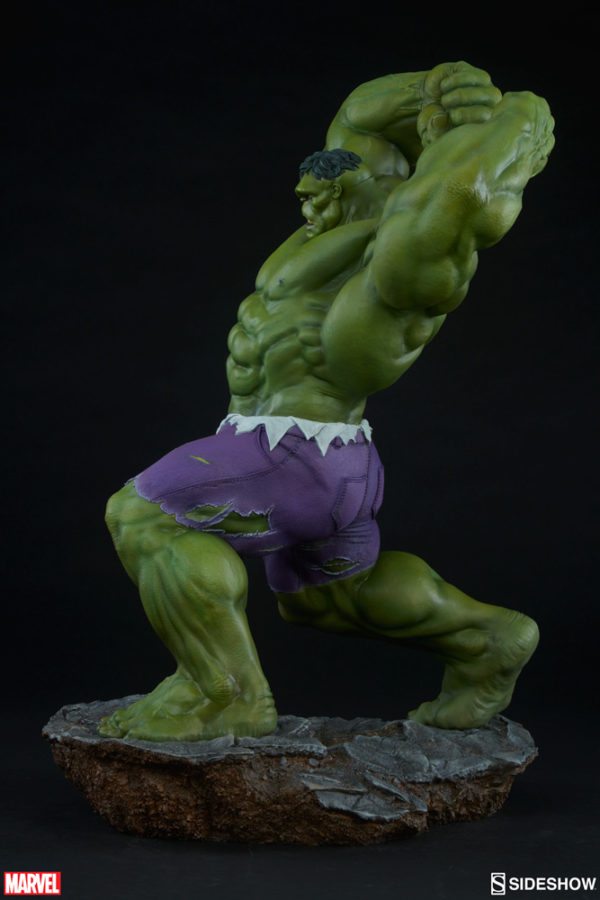 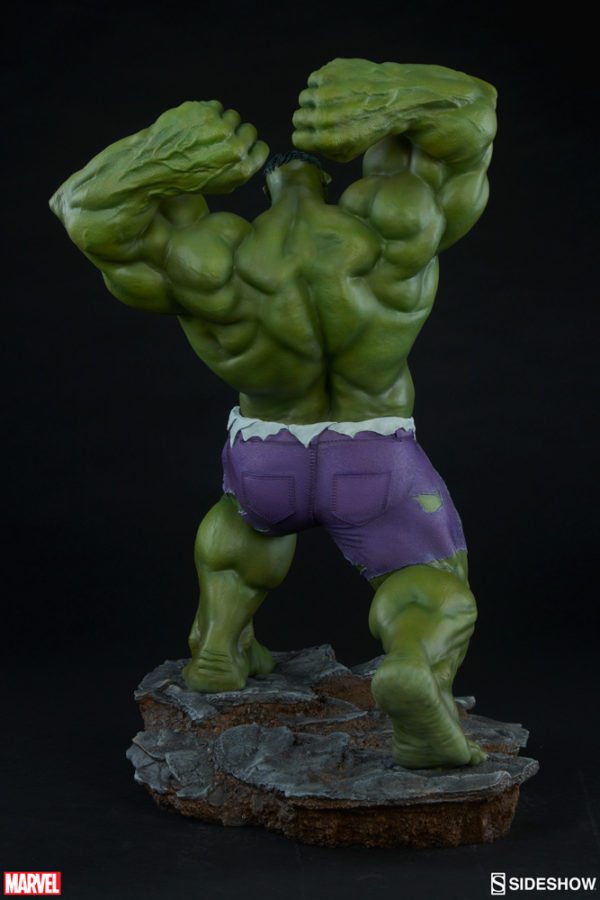 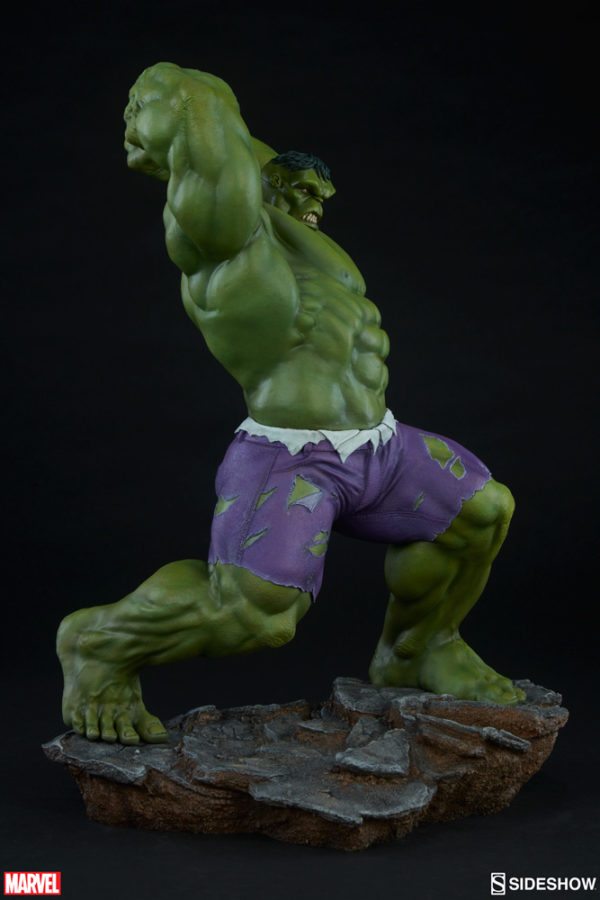 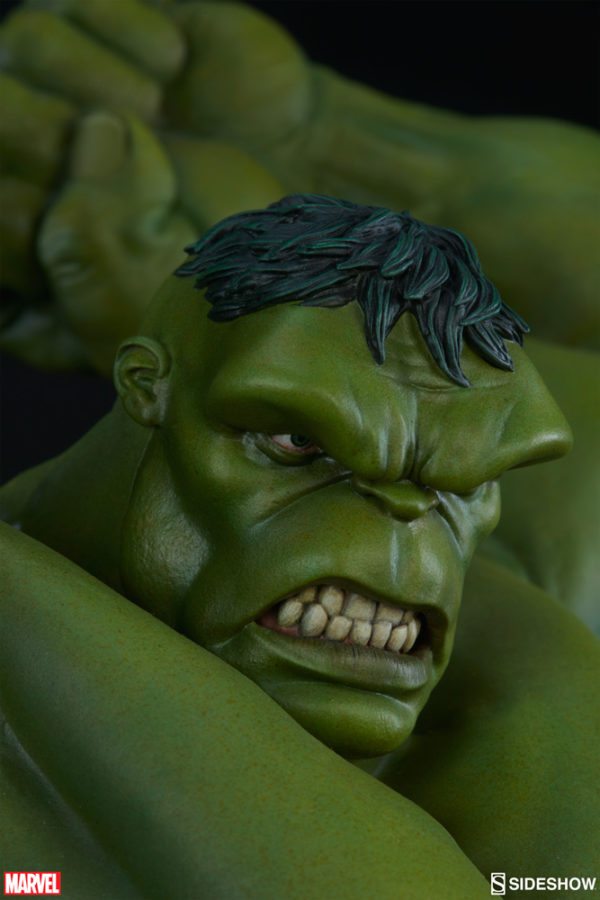 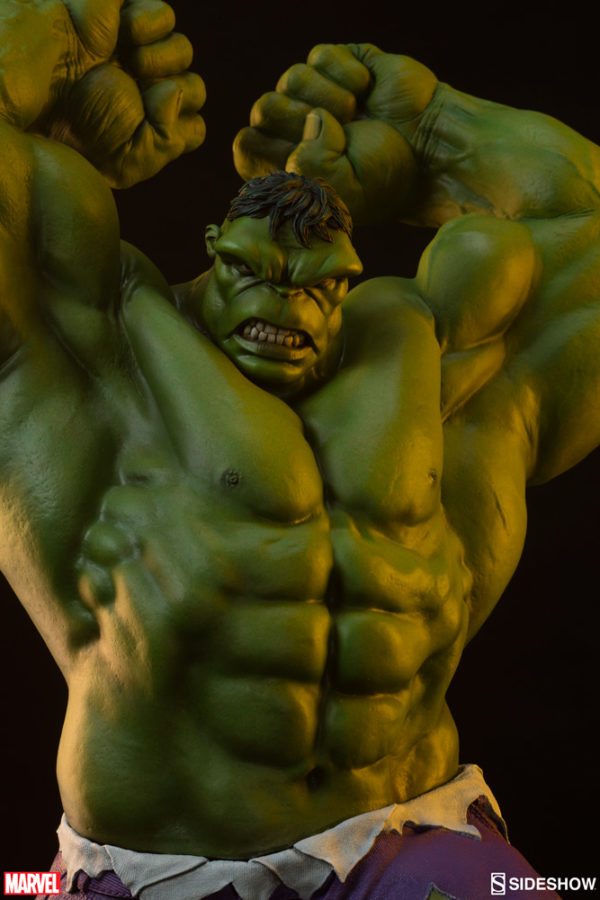 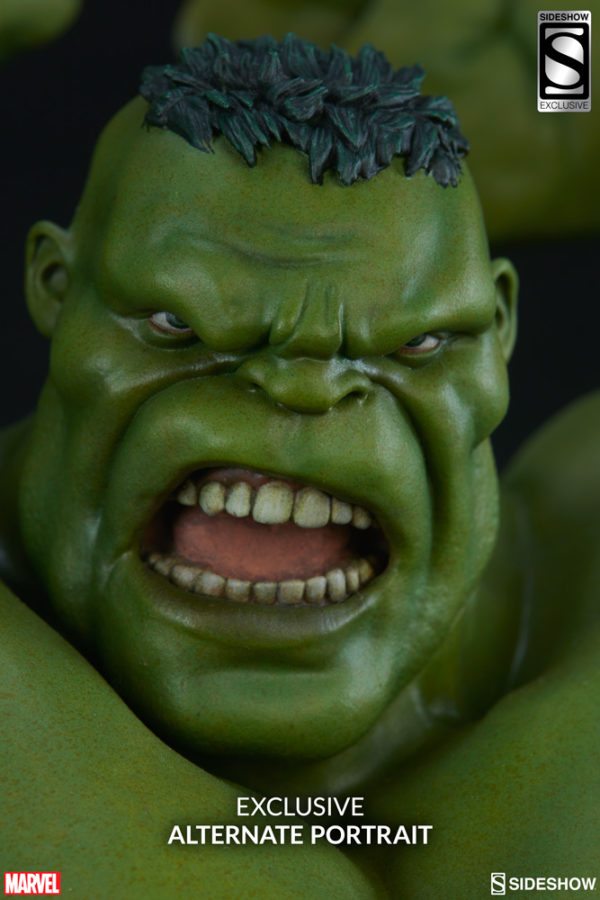 The Hulk stands at 24” of pure gamma energy, crafted with massive amounts of detail in every inch of this huge hero. Ready to bash his puny foes, he is posed with his fists raised high and his torso turned to capture the dynamic motion of his signature Hulk SMASH! The Hulk’s grimacing portrait features a large brow and shaggy hair, reminiscent of his early appearances in the comics.

Hulk’s great green body has been sculpted with incredible musculature, and even has lifelike skin textures on his elbows and knees. His signature purple pants are intricately sculpted with a detailed, realistic fabric-like appearance as if they are actually tearing as a result of Bruce Banner’s monstrous transformation.

The earth cracks under Hulk’s mighty feet at his base, similar to the bases of his fellow Avengers. Display him with his teammates to create an epic diorama or let him stand alone in this action-packed statue.

The Exclusive edition of this statue features a unique swap-out Hulk portrait with an open-mouthed expression and a different hairstyle, for an additional display option when crafting your perfect Avengers line-up.