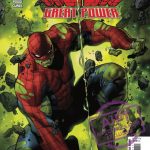 Marvel Comics releases The Immortal Hulk: Great Power #1 this coming Wednesday, and we’ve got a preview of the issue for you here; take a look… When Bruce Banner wakes up in the middle of the night without the Hulk, he thinks he’s finally free. But the Hulk is immortal – and the night’s not […] 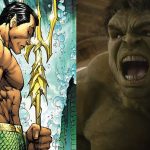 When Marvel first launched its Cinematic Universe, it did so without the rights to many of its biggest characters, the comic book giant having previously signed a number of deals with various studios before deciding to go at it alone. Since then, we’ve seen the rights to many reverting back to Marvel Studios (see Daredevil, […] 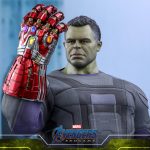 Following on from its Thor figure, Hot Toys has now released promotional images for its 1:6 scale Hulk Movie Masterpiece Series collectible which is based on the appearance of Mark Ruffalo’s Green Goliath in Avengers: Endgame. The collectible comes with several interchangeable pieces including the Nano Gauntlet; check it out here… SUPPORT FLICKERING MYTH: Order via […] 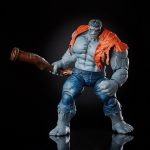 Hasbro has revealed its Marvel Legends Series 80th Anniversary Hulk action figure which is based on the iconic character’s original greay appearance and goes on sale later this month in limited quantities at MCM Comic Con London before becoming available to purchase globally; check out the promotional images here… Fans can celebrate the MARVEL UNIVERSE […] 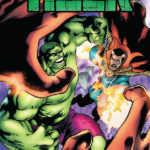 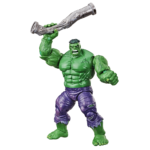 Hasbro has unveiled its Marvel 80th Anniversary 6-inch Hulk figure which will be available at next month’s San Diego Comic-Con, priced at $34.99.; take a look at the official promotional images here… Fans, collectors, and kids alike can enjoy this 6-inch-scale HULK figure, inspired by the character’s classic appearance in MARVEL COMICS. The gamma-powered hero […] 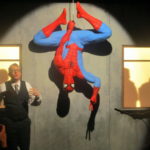 Alec Frazier reports from the Marvel: Universe of Superheroes exhibit… Approximately a month ago, we were given press access and premiere access to Marvel: Universe of Superheroes, the official Marvel exhibit. Although it first premiered at the Museum of Pop-Culture in Seattle approximately a year and a half ago, it has been heavily upgraded and […] 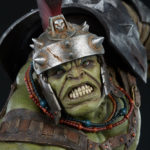 Sideshow Collectibles has revealed its Gladiator Hulk maquette which is inspired by the appearance of the Jade Giant in Planet Hulk. The piece is available to pre-order now, priced at $1,390.00 and is expected to ship some time between October and December of this year; here’s the official promotional images and details… SUPPORT FLICKERING MYTH: Order […] 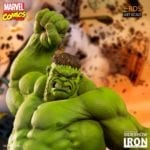 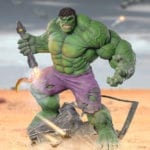