Following an action-packed promo for Thor: Ragnarok [watch it here], Yahoo! Movies has revealed a new image for the upcoming Marvel threequel featuring the Grandmaster (Jeff Goldblum), Valkyrie (Tessa Thompson), and Topaz (Rachel House), while Marvel has announced that the UK release has been brought forward three days, and the film will now open on Tuesday, October 24th. 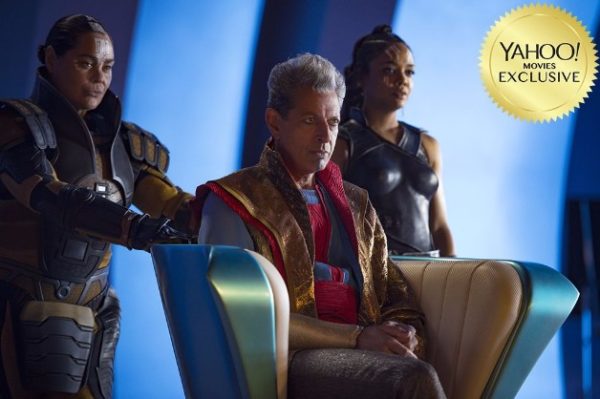