Following a batch of images for Thor: Ragnarok [check them out here], an international poster has arrived online for Taika Waititi’s upcoming Marvel threequel featuring Hela, Thor, Hulk, Heimdall, Loki, Valkyrie, Odin, and the Grandmaster; take a look below… 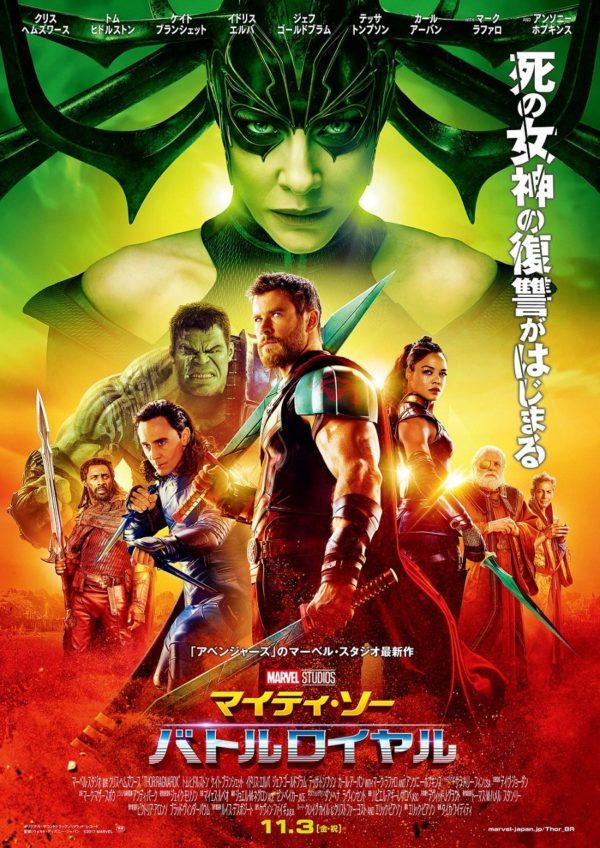