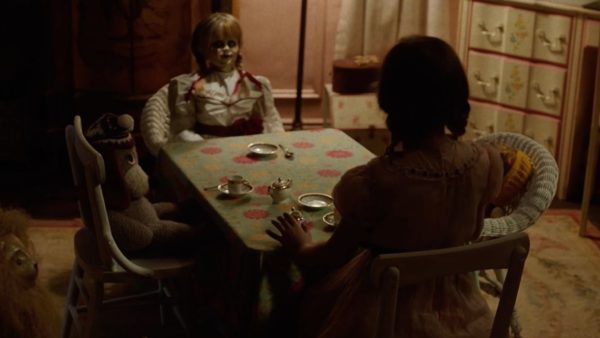 Ahead of tomorrow’s theatrical release of Annabelle: Creation, five new clips have arrived online from the latest chapter of The Conjuring Universe, along with a featurette which sees the cast and crew discussing the film; check them out here…

Several years after the tragic death of their little girl, a dollmaker and his wife welcome a nun and several girls from a shuttered orphanage into their home, soon becoming the target of the dollmaker’s possessed creation, Annabelle