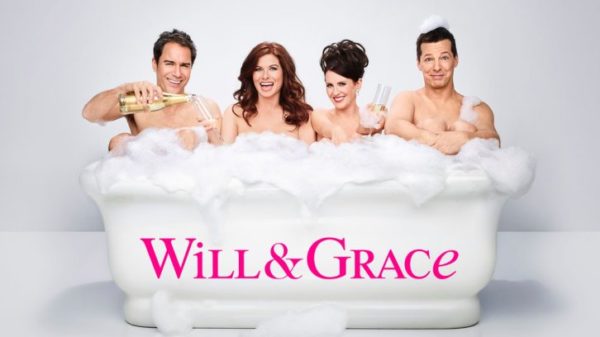 With a little over a month to go until Will & Grace returns, two new promos have arrived online for the hotly-anticipated revival of NBC’s beloved sitcom, which you can check out here…

SEE ALSO: Watch the latest trailer for Will & Grace here

That’s right, honey! A decade after their unforgettable eight-season run, comedy’s most fabulous foursome is back. Eric McCormack, Debra Messing, Sean Hayes and Megan Mullally reprise their infamous roles as Will, Grace, Jack and Karen in this exclusive 12-episode event. There’s no doubt that with this crew’s indelible bond and all the happenings in today’s rollercoaster world, the banter will be on point. The legendary James Burrows, director of every original Will & Grace episode, returns along with a slew of razor-sharp jabs and dirty martinis. Behold once again, from the minds of Max Mutchnick and David Kohan, TV’s wittiest ensemble ever. Did somebody say encore?

The Will & Grace revival is set to premiere on September 28th.