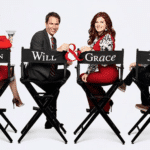 NBC’s Will & Grace brought huge laughs for eight seasons. The final episode (or what fans thought would be) aired in May of 2006 and centered around Will and Grace as they have had a falling-out that lasted for years. They each have a child with their respective partners, and eventually reconcile when their children […] 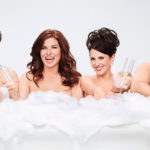 Having revived the series to much success in 2017, executive producers Max Mutchnick, David Kohan and James Burrows have announced that the U.S. sitcom Will & Grace is to come to an end in 2020. “We think of the Will & Grace reboot episodes the way Karen Walker thinks of martinis – 51 is not […] 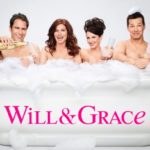 We may have just two episodes of the first season to go, but NBC has announced that fans will be getting plenty more of the revived Will & Grace over the next couple of years. In addition to expanding the already-announced second season from 13 episodes to 18, the network has granted the show a […]

Channel 5 has announced that it is set to air the brand new season of Will & Grace in the UK, starting this coming January. “Will & Grace is one of the greatest comedy shows of our time, so we’re thrilled to see it return to TV screens,” said Katie Keenan, VP, Acquisitions, Channel 5 […]

With a little over a month to go until Will & Grace returns, two new promos have arrived online for the hotly-anticipated revival of NBC’s beloved sitcom, which you can check out here… SEE ALSO: Watch the latest trailer for Will & Grace here That’s right, honey! A decade after their unforgettable eight-season run, comedy’s […]

Following a new trailer and a season 10 renewal announcement for Will & Grace, NBC has released two new promos for the sitcom ahead of its series premiere next month; check them out here… That’s right, honey! A decade after their unforgettable eight-season run, comedy’s most fabulous foursome is back. Eric McCormack, Debra Messing, Sean […]

With Will & Grace set to return next month, NBC has released a new promo for the sitcom, entitled The Fab Four is Back in Business’ which you can watch below… https://www.youtube.com/watch?v=0aSzkUxVEdg Meanwhil,e it has also been announced by NBC chairman Robert Greenblatt that the network has extended the ninth season by four more episodes […]

NBC has released a new promo for the upcoming revival of its the beloved sitcom Will & Grace featuring Will (Eric McCormack), Grace (Debra Messing), Karen (Megan Mullally), and Jack (Sean Hayes); take a look below… https://www.youtube.com/watch?v=9TU8u7Ib8BU That’s right, honey! A decade after their unforgettable eight-season run, comedy’s most fabulous foursome is back. Eric McCormack, Debra Messing, Sean Hayes […]

Following Saturday’s teaser [watch it here], the first trailer has now arrived online for NBC’s upcoming revival of its beloved sitcom Will & Grace which sees the return of Eric McCormack and Debra Messing’s titular characters alongside Megan Mullally (Karen), and Sean Hayes (Jack); check it out below… The 12-episode Will & Grace revival is set to premiere […]

With the first trailer set to arrive this Monday, NBC has released a teaser for the upcoming revival of its beloved sitcom Will & Grace which sees the return of Will (Eric McCormack), Grace (Debra Messing), Karen (Megan Mullally), and Jack (Sean Hayes); check it out below… SEE ALSO: Teaser posters for the Will & Grace revival […]