BBG Entertainment, developer of Einstein Brain Trainer and MyBrainTraining have announced that they have purchased all the rights to the classic title Boulder Dash from the game’s original owner, First Star Software. 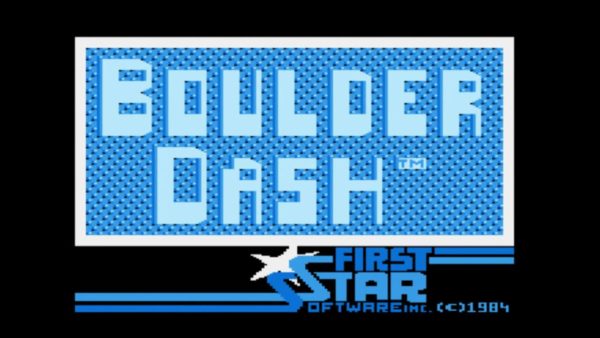 Boulder Dash was first created back in 1984 by Peter Liepa with Chris Gray and published by First Star Software, Inc.  The game’s innovative digging puzzle theme gained huge popularity and soon the game’s protagonist, Rockford, soon found his way to near enough all systems including the Spectrum, Acorn Electron, MSX and many more.

In Boulder Dash players controlled Rockford as he dug his way through a series of caves collecting gems and avoiding dangerous creatures and rockfalls.  If players weren’t careful when deciding which route to take it often led to them getting trapped by the boulders and running out of time.

Over the years Boulder Dash has many many appearances on different platforms and with this purchase we will probably get to see Rockford make an appearance on the Xbox, Playstation and Switch.

Richard M. Spitalny, President of First Star Software, said: “I am thrilled that BBG Entertainment GmbH, with their President Stephan Berendsen, a long-term industry colleague of mine, will be taking care of our famous, multi-million unit selling Boulder Dash brand. I’m confident they will nurture its legacy from here on. I wish BBG great success and am keen on following the brand’s path under BBG’s ownership.”

Stephan Berendsen responded “We are proud to take care of such a famous retro game brand. We will continue working on new versions including new features like Online Multiplayer as well as ports to game consoles like Xbox, PS, Switch and more.”