If episode one of BoJjack Horseman Season 4 was notable for not having the titular star in the episode, then the second episode more than made up for it, giving us a whole episode dedicated to the year of BoJack’s life between Season 3 and Season 4.

After episode one’s slightly lighter tone, The Old Sugarman Place is back to business as usual, as BoJack explores his past by revisiting his grandparent’s home, in an attempt to wrestle with the demons he has over the death of Sarah Lynn.

BoJack arrives to find his family home forgotten about. No-one has lived there for years and the place is in desperate need of a tidy-up. Initially, BoJack wallows in self-pity, sleeping through the winter in the house and leaving only to get the occasional tool from a hardware store. That changes, though, when he meets Eddie the fly, his next door neighbor. 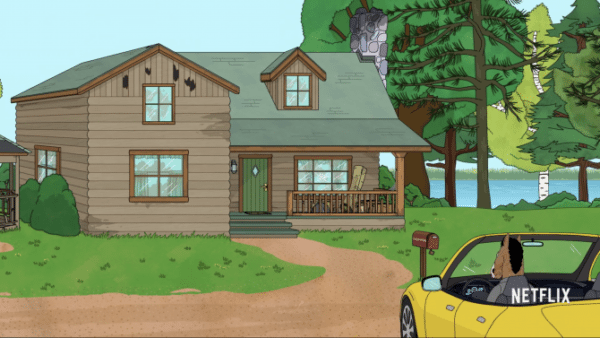 Eddie, it transpires over the episode, like BoJack is wrestling with his past. He is a fly who has quite literally been grounded by grief. He’s an interesting addition to the show, a character who is full of as much self-loathing as BoJack . His character almost feels like a turning point for BoJack . At the end, BoJack finally realises he needs to let go of his past, if he is ever to become a better person – it’s an interesting development that could set the tone for the rest of the season.

While the episode’s central plot is taking place, we also see flashback’s playing through out the house. BoJack’s family history is being played out right in front of our eyes and as you’d expect, it’s pretty tragic. This time, the family history is taking back one generation more than it has been previously, focusing on the relationship between BoJack’s grandmother and his mother. The thing that makes BoJack so devastating, is how nothing is ever played for shocks, everything is so organic and the show manages to capture the grim reality of just a normal life. The final scenes involving BoJack’s grandmother are devastating to watch, and the events that unfolded back then have clearly echoed down through the generations, leaving a lasting effect on the whole family’s psyche. It’s wonderfully devastating storytelling. 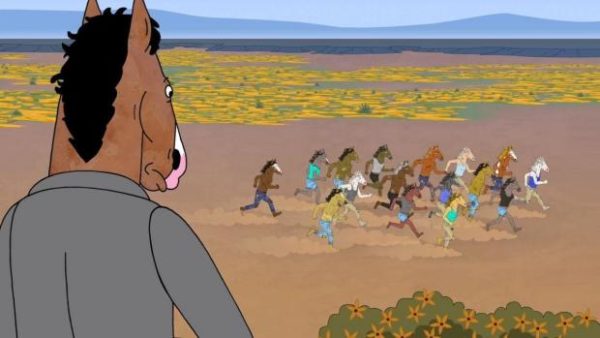 The episode also manages to chuck in some social commentary for good measure. The target of this episode is the media reactions to the death of a celebrity, and how exploitative they can be. The hardware store’s staff ridicule BoJack and ask him questions about the death of Sarah Lynn. It’s an interesting comment on the way we intrude into the lives of grieving celebrities.

While the episode is far from cheerful, there are still plenty of great visual gags chucked in there, and a sequence where BoJack and Eddie attempt to steal back a part of the family home is executed perfectly. The image of two crabs chasing BoJack and Eddie is definitely one of the episode’s brighter and funnier moments.

Most shows struggle to grow organically by the time they reach the fourth season, but ‘The Old Summer House’ shows that there is still an awful lot more to explored when it comes to BoJack. Let’s hope the rest of the season is as good as this.

What did you think of ‘The Old Sugarman Place’? Let us know in the comments below, and let Liam know on Twitter @liamhoofe