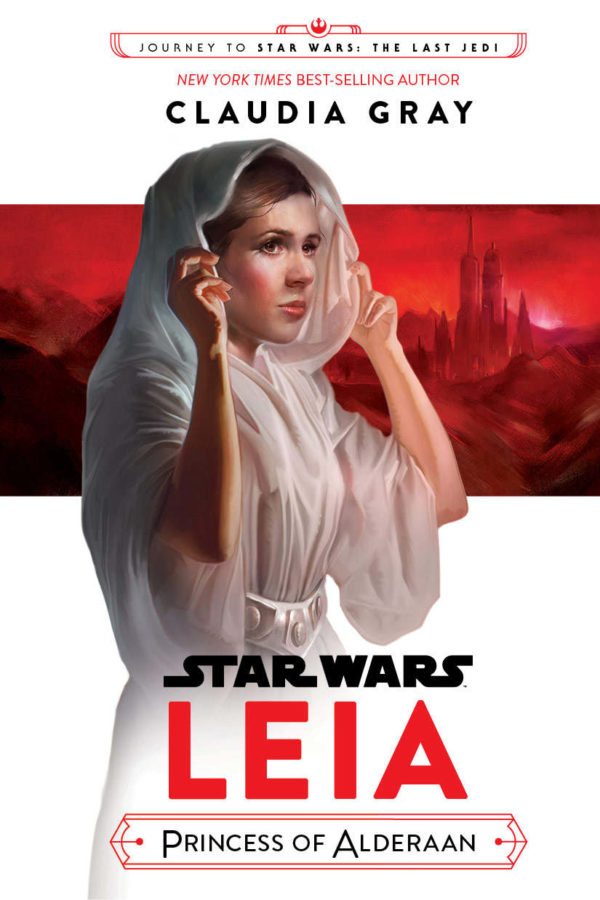 It probably goes without saying that Princess Leia is one of the most iconic characters in the Star Wars franchise. As a leader of the Rebel Alliance and the Resistance, she’s been fighting for the freedom of the galaxy since a very young age. Claudia Gray returns to write another adventure for the princess in the young adult novel Star Wars: Leia, Princess of Alderaan. She crafts an intriguing story that dives deep into Leia’s character, showing how she became involved in the Rebellion and what drives her to make the galaxy a better place.

Leia takes place a few years before the events of A New Hope and shows Leia entering the world of galactic politics at a junior level just as she discovers her parents’ involvement in a rebel plot. Gray’s focus on Leia is great, showing her decision to join the Rebellion wasn’t just a simple matter of being the daughter of Bail Organa. Throughout the book she earns her place in the Rebellion with her insight, intellect and wit, showing the qualities that would come to define her and the rebels once the war truly breaks out.

Much of the book involves some strife between Leia and her parents. Its interesting to see just how much her parents didn’t want her involved in the beginning, leaving her to discover it all on her own. Because of Alderaan’s destruction in A New Hope, we’ve never spent that much time with Bail Organa, but his wife Breha has hardly been utilized this much in a Star Wars story.

Gray’s writing and use of Breha is one of the highlights of the book, showing a very complex and loving relationship between the mother and daughter. It always seemed like Bail might have been the more practical parent or rebel leader, but after this book I think that spot belongs to Breha. She’s a very compelling character and Gray turns her into a vital part of the Rebellion’s beginnings. The way Gray writes the interactions between Leia and Breha feels very authentic, even as they go through their ups and downs.

The supporting characters are interesting as well. Though the focus stays on Leia and her family, she gets some time with fellow Alderaanian Keir Domadi in a budding romance that doesn’t feel out of place or cliché. One prominent supporting character, who will be appearing in The Last Jedi, is Amilyn Holdo (to be played by Jurassic Park’s Laura Dern). At first she seemed a little too out there, veering on the edge of silly, but by the book’s end Leia (and by extension the reader) come to understand Amilyn’s eccentricities and character much better. This will be an interesting character to see on film.

Despite knowing the ultimate outcome of the brewing war, there is a fair bit of tension in the book, particularly whenever Grand Moff Tarkin shows up. Leia gives some nice backstory to Leia’s relationship with him, providing working context for their brief interactions in A New Hope. However, the climax isn’t quite as exciting as it could have been, though it does provide good character moments and a bit of food for thought regarding one character’s actions.

There is also a huge bittersweet quality to the book. Gray spends a lot of time developing Alderaan’s culture and world in great detail. By the end of the book, particularly in the final chapter, you’ll feel a bigger pang of grief at Alderaan’s ultimate fate. Gray utilizes Alderaan’s role well to remind you what Leia and the galaxy lost in A New Hope.

Star Wars: Leia, Princess of Alderaan is a great book for Leia fans. Gray really understands the character and includes some nice ties, both thematic and with teases, to her earlier Leia novel Bloodline. She capture’s Leia’s voice and the spirit of the late, great Carrie Fisher in these pages. It’s an intriguing story of Leia coming of age and how she became the leader the galaxy would need.