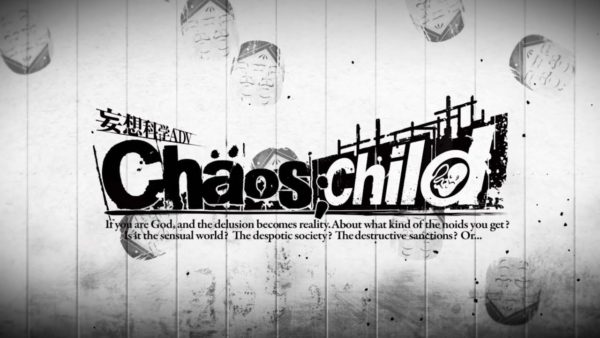 Chaos;Child takes place in Shibuya, Tokyo a few years after a devastating earthquake.  The story follows Takuru Miyashiro, a high school student orphaned during the earthquake, who gets caught up in a strange and gruesome mystery when he notices that the dates of a series of bizarre murders taking place in Shibuya coincides with a series of murders that happened six years earlier.  Takuru and his group of friends from the school newspaper decide to investigate the murders and solve the mystery.

All choices that the player makes while solving this mysterious case will alter the story and determine Takaru’s destiny.

Chaos;Child, will arrive for the PS 4 and PS Vita on the 13th October in Europe and 24th October in North America.