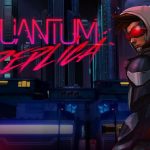 PQube and developer ON3D Studios have announced the release of their fast-paced action stealth game Quantum Replica on Xbox One and Series X, PlayStation 4 and 5, Nintendo Switch and PC via Steam.  With Quantum Replica explore a cyberpunk metropolis to uncover the secrets of the Syndicate. Travel to 2084, a time when the world […] 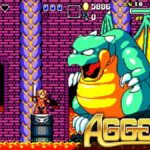 After a successful release on Nintendo Switch and PC, PQube, LookAtMyGame and developers Storybird Games and Wonderboy Bobi have announced the launch of their retro platforming adventure Aggelos on Xbox One and Playstation 4. Aggelos takes players on an adventure through a vast, non-linear kingdom where they will explore forests, underwater areas, cave systems and ancient temples.  […] 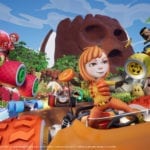 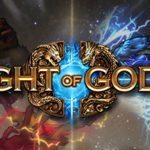 Mazu, Goddess of the Sea, is the latest omnipotent power to join the roster in Fight of Gods.  Lin Mo, a Fujianese shamaness was deified after her death in the 10th century and became Mazu Goddess of the Seas and protector of seafarers and coastal towns.  She is still worshipped today by many Chinese along […] 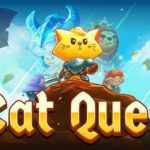 PQube and developers The Gentlebros have announced that their action RPG Cat Quest will be released on the Playstation 4 in Europe on the 10th November and in North America on the 14th November.  A brand new trailer has been launched alongside this announcement and can be seen below… Cat Quest is a 2D action-RPG set in the […] 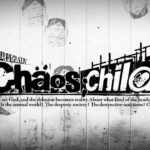 PQube have announced that 5pb’s visual novel, Chaos;Child, will be arriving on the Playstation 4 and PS Vita on the 13th October in Europe and 24th October in North America.  This is the latest installment in the Science Adventure Series that brought us the popular visual novel Steins;Gate and is the sequel to Chaos;Head, will […]

It’s not often you’re greeted with the tagline “Watch Jesus and Buddha punch the holy $*!% out of each other..”, but when you do, you know that you need to pay attention to whatever game is attached.  In this case the game is Fight of Gods, from publisher PQube and indie developers Digital Crafter, and […]

PQube have announced that they will be releasing their new title, Rabi-Ribi, on the Playstation 4 and Playstation Vita this coming Autumn. Rabi-Ribi is a 2D side scrolling action game that combines Japanese bunny girls with platforming fun and intense combat.   Watch the new announcement trailer below to see bullet hell coming your way later this year… Rabi-Ribi follows […]

The Playstation 4 launch of JRPG Akiba’s Beat is just a week away before its North American release and just a little over a week for its European release and a brand new trailer has been released that introduces the Maids who work in Tokyo’s Akihabara district (or Akiba for short) and who provide guidance for players.  Meet […]

Gaming consoles haven’t always been made out of nice shiny plastic, once upon a time they were made out of thick matt black plastic and chipboard covered by wood veneer.  Those were the days of the Atari 2600, the grandfather of all modern day consoles and the reason that we now have Atari Flashback Classics Vol 1 […]