UK based indie developer VooFoo Studios have announced that their hit top down racing title, Mantis Burn Racing, will be coming to the Nintendo Switch later this year.  The game has already proved to be very popular on the Xbox One, Playstation 4 and PC and has had several DLC packs released, all of which will be included in the Nintendo Switch version.  Watch the new teaser trailer below… 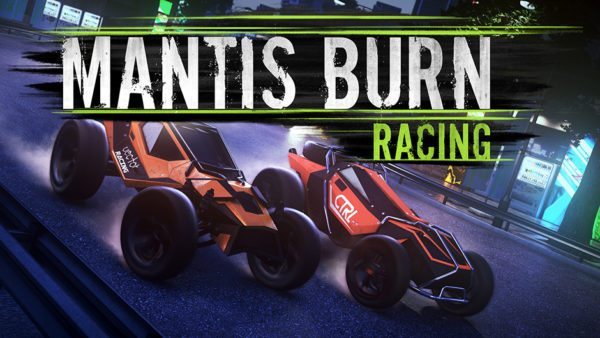 Mantis Burn Racing is an action packed top down racer with an RPG style upgrade system.  Players will be able to prove their racing skills in five different classes throughout an 11 season long career which will be filled with extreme challenges.

The Switch version of the game will feature 4-player local split screen racing in both the TV mode and Tabletop mode and also online multiplayer for up to 8 players.  The ‘Battle Cars’, ‘Elite’ Class vehicles and ‘Snowbound’ tracks DLC packs will also be included in the Switch version.

“Mantis Burn Racing’s addictive pick-up-and-play style game play has already been very well received on PS4, Xbox One and Steam” said Mark Williams, Technology Director at VooFoo Studios. “The game’s broad appeal and addictive couch multiplayer make it a great fit for the Nintendo audience and we can’t wait to give Switch players the chance to play the definitive version of the game at home or on the move”.

Look out for news on Mantis Burn Racing over the next few weeks.