A few weeks ago it was reported that directors Glenn Ficarra and John Requa had been hired by Warner Bros. to write and direct a film based around The Joker and Harley Quinn, with Jared Leto and Margot Robbie reprising their respective roles. Robbie has already worked with the directing pair on two films, Focus and Whiskey Tango Foxtrot, so the rapport with the directors is already there for her.

Comingsoon.net caught up with Robbie on her press tour for Goodbye Christopher Robin, in which she stars as Daphne de Sélincourt, the wife of Winnie the Pooh’s creator A.A Milne. The outlet asked her if she was excited to re-team with Ficarra and Requa once again and she gave some other details on what she was excited to see in Harley and Joker’s complex relationship.

“They’re great!” Robbie said of Ficarra and Requa. “It’s fun working with a directing duo, and I love them. I’ve obviously done two films with them so I think they’re just brilliant. I’m personally a sucker for a love story. In any iteration. I think people enjoy seeing two characters who, in Harley and Joker’s case, would die for one another. It’s kind of romantic in a messed up way.”

While her enthusiasm for Harley is evident, her relationship with Joker is anything but loving in the comics. Rather, he’s an abusive and manipulative man to her, often lying to her to gain sympathy or simply abusing her whenever he thinks she made him look bad. 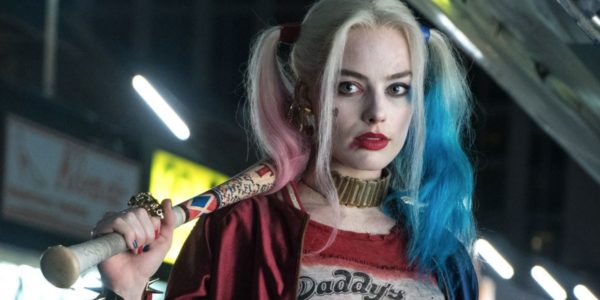 The Joker and Harley Quinn film is said to be a separate entity to David Ayer’s Gotham City Sirens film that will see Harley Quinn joining forces with Catwoman and Poison Ivy, though that film has yet to officially appear on WB’s DC slate. Suicide Squad 2, however, is set to be directed by Gavin O’Connor.

What do you think of Robbie’s comments? Do you think Joker loves Harley, or is it all a trick? Let us know below…