DC’s digital first series Harley Quinn: Make ’em Laugh launches this week, and you can check out a preview of the issue here… SEE ALSO: Comic Book Preview – Birds of Prey #1 It’s hard out there for a freelancer! Looking to make some quick cash, Harley takes on odd jobs in her many wheelhouses—therapizing […] 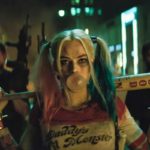 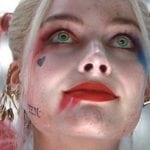 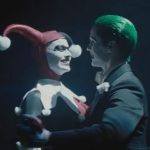 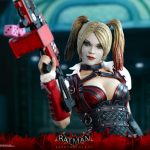 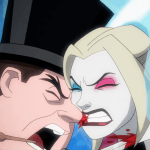 After debuting with much fanfare, the DC Universe is back with another season of their Harley Quinn series. The second season picks up right where the first left of, with Gotham in shambles and our anti-hero with a massive target on her back. Check out the first look at season two as The Penguin finds […] 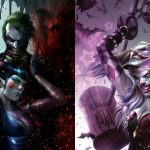 Harley Quinn comes face-to-face with her ex’s new squeeze in the pages of next month’s Batman #92 as the fan favourite villain meets The Joker’s new girlfriend Punchline for the very first time; check out an early unlettered preview of the issue here… The greatest heist in history is underway in Gotham City, courtesy of […] 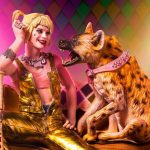 Sideshow and Iron Studios have unveiled the 1:10 scale Harley Quinn & Bruce statue from Warner Bros. and DC’s R-rated girl gang movie Birds of Prey (And the Fantabulous Emancipation of One Harley Quinn). The collectible is available to pre-order now, priced at $155.00; check out the promotional images here… SUPPORT FLICKERING MYTH: Order via Sideshow […] 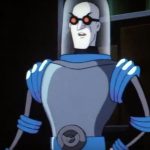 With the second season of the adult animated series Harley Quinn set to debut in April, DC Daily on the DC Universe app revealed the series has cast Alfred Molina (The Front Runner) and Sanaa Lathan (The Affair) as Mr. Freeze and Catwoman respectively. Mr. Freeze was well-respected scientist Victor Fries who was obsessed with creating a cure […]