According to Deadline, Martin Campbell (GoldenEye, Casino Royale) has signed on to direct the upcoming adventure Treasure of Ali Baba & The 40 Thieves, based upon the classic One Thousand and One Nights tale. 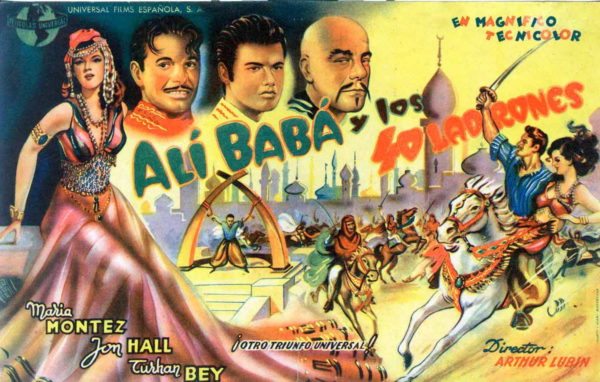 The new film has been written by Dave Holstein from an original draft by Mansur Ahmed and Ehud Bleiberg, and its official logline reads: “An adventure novelist gets caught up in a global conspiracy and a hunt for a mysterious antiquity after discovering that his father had a map to the legendary treasure of Ali Baba. He must team up with a brilliant cartographer to locate the artifacts before they fall into the hands of the 40 Thieves — an ancient group who has quietly become a powerful, international syndicate of criminals in high-ranking corporate positions.”

“This is a great opportunity to do something with international appeal and huge franchise potential,” said Campbell. “I want this to be my Indiana Jones.”

Campbell’s next film The Foreigner, starring Jackie Chan and Pierce Brosnan, is set to open in China this month and in the U.S. in October, while the director will reunite with his GoldenEye star Brosnan once again for the Ernest Hemingway adaptation Across the River and Into the Trees, which will begin filming in the Spring.