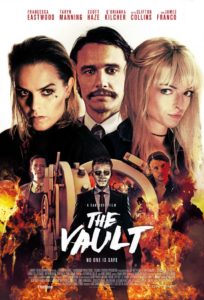 Two sisters must rob a bank in order to save their brother but the bank has its own dark secrets. 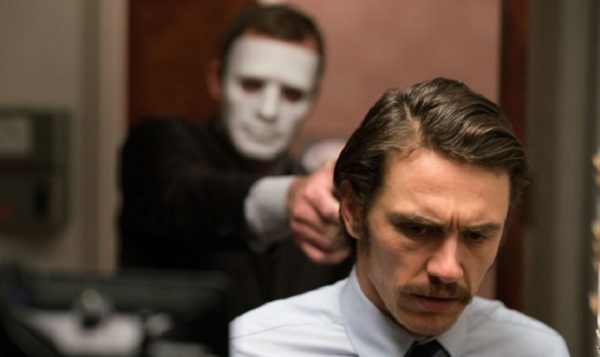 The line that separates horror from comedy is a thin one, with the best horror films steering themselves firmly away from this line and landing squarely in pure terror. Some horror films toe the line on occasion and sometimes even step over it but can still be enjoyable. Then you have films like The Vault.

The Vault is a heist/horror film which does neither of those aspects well. It centres on a bank robbery perpetrated by two sisters (Taryn Manning and Francesca Eastwood) trying to get enough money to save their brother who’s “in debt to some bad people”. After grabbing hostages and realising there isn’t enough money they are directed by an assistant manager (James Franco) to go down into the old bank vault, below ground where some horrific robbery gone wrong took place many years ago. 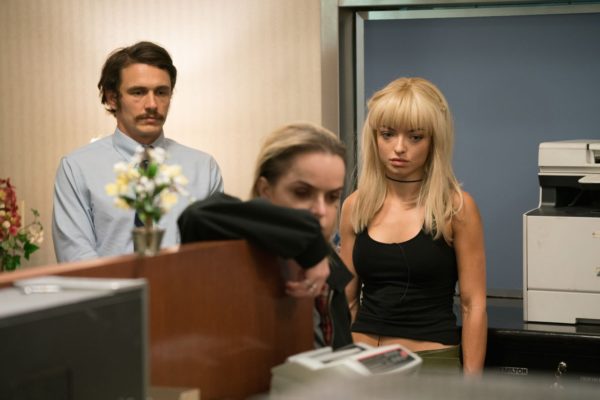 The Vault tries to be scary but is just hilarious. It uses every horror trope in the book and does it so obviously I laughed out loud multiple times. I was genuinely sniggering during the final scene it was so blatant. It’s enough to make me feel bad for the actors, who can hardly muster a performance or even seem scared. This along with a totally disjointed story (heist/horror should not be tried again) with characters that are unlikable and dull makes you wonder how they filled 90 minutes.

I’m not sure what James Franco was thinking either getting into this, you can almost see it etched on his face throughout the film. He looks bored and uninterested, which is how I would have felt if some bits hadn’t been so uproariously funny. 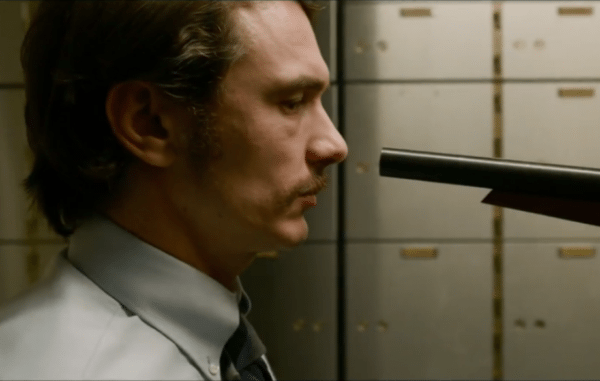 Don’t get me wrong though. This isn’t a film that is so bad it’s good. It is bad execution of a boring plot populated by boring characters. It uses cliché horror techniques in an attempt to add menace and frighten the audience but you never once feel frightened and if you can’t do that in a horror film then what is the point?