A new featurette for LEGO Marvel Super Heroes 2 has been released by Warner Bros Interactive Entertainment today which places the spotlight well and truly on the Inhumans and their ancestral home, the city of Attilan.  LEGO Marvel Super Heroes 2 will be released on the Xbox One, Playstation 4, Nintendo Switch and PC on the 17th November.  Watch this featurette below… 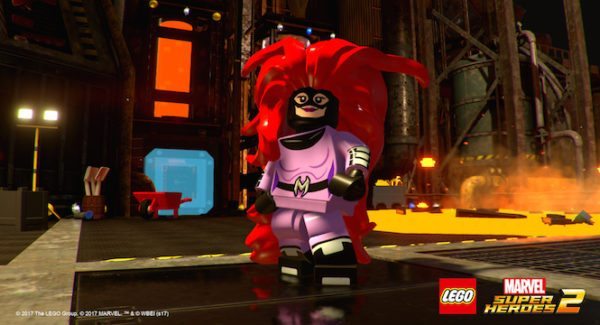 This latest featurette , with its wonderful cross of heroic action and humour, features the Inhuman Royal Family including Black Bolt, Medusa, Crystal, Karnak, Gorgon, Maximus and the lovable canine, Lockjaw as they show off their abilities and powers on their home world of Attilan.

LEGO Marvel Super Heroes 2 will feature 18 different worlds (including Attilan) from different Marvel locations which will form the Open Hub World of Chronopolis.  Other locations from the Marvel universe that make up Chronopolis incude Thor’s Asgard, the Wakandan jungle, ancient Egyptian pyramids and the deep space base of Knowhere.

With a completely new and original storyline players will be transported into combat (and more than the fair share of signature LEGO humour) with the time travelling villain, Kang the Conqueror.

LEGO Marvel Super Heroes 2 will be arriving on the Xbox One, PS4, Nintendo Switch and PC on the 17th November.