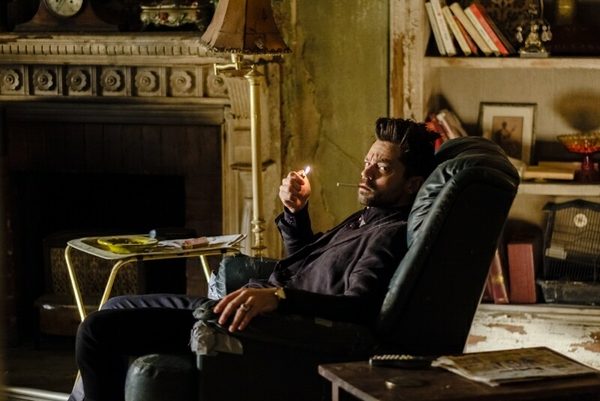 Hell hath no fury like a woman scorned if the good book is to be believed. However that anger rarely manifests itself in the form of a twelve gauge shotgun blast aimed between her eyes. So it is we are dropped into a prologue where blood spattered wallpaper and purgatorial blame gets laid upon Eugene Root repeatedly. Ian Coletti and Noah Taylor make for an odd couple in these initial ten minutes as together they look for the emergency exit.

In that time we see integrity, backbone and honesty save Eugene from perpetual replay. Self-motivation, emotional manipulation and rejection are all levelled at him in an attempt to create a crack, but Hell has taught Eugene the value of self-worth who remains impervious. Back in the land of a Godless reality someone has let Hell loose wrapped in cowhide, serious beard growth and divine retribution. 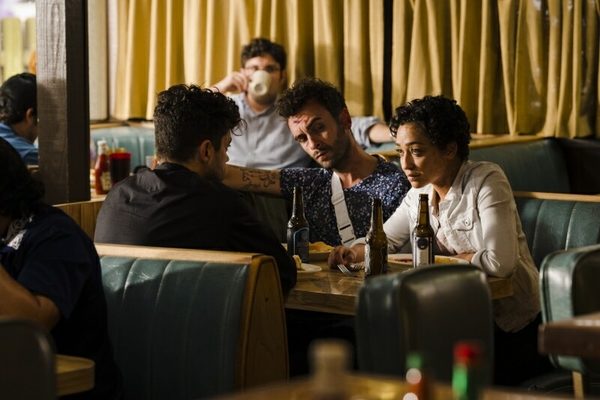 Confined to a watery grave weeks ago it is refreshing to have McTavish back in a vendetta kind of mood. Between the bloodsucking happy family dynamic and mopey relationship which currently defines Jesse and Tulip, our only source of fun has been Herr Starr. An endless font of acridly dry one liners, caustically delivered dialogue and engrained pragmatism make him unique. He remains a perfect counterpoint to the baby foreskin gags, unstoppable killer cowboy and vampire pensioner with his liking for pooch. There are flashes of the old chemistry between Jesse, Tulip and Cassidy but this is short-lived when McTavish’s Saint of Killers comes calling.

In fact if ‘On Your Knees’ gives us anything it provides him with desperately needed backstory and conversation, adding humanity, reason and purpose beyond his divine calling. Things are less amusing, slightly more straightforward and increasingly character driven than previous weeks. Our trio and their stability is questioned once again as Starr gets his oar in to mix things up a bit. There are moments of violent comedy slapstick, hard-drinking navel gazing and a moment of two of catharsis for Tulip which leads somewhere else entirely, but beyond that things are ticking over. 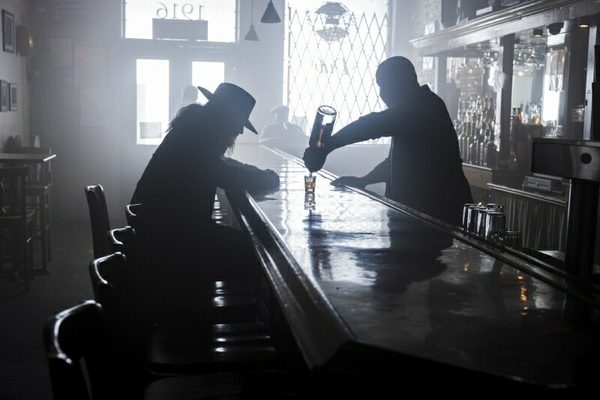 With our finale only days away you have to say that Preacher continues to measure up and deliver on that first season. There have been moments where these three have been treading water and in the case of Jesse Custer for some time. However the introduction of fresh and dynamic characters have picked up any slack. Joseph Gilgun, Ruth Negga and Dominic Cooper continue to deliver, while Pip Torren’s Herr Starr may just have stolen the show out from under them.