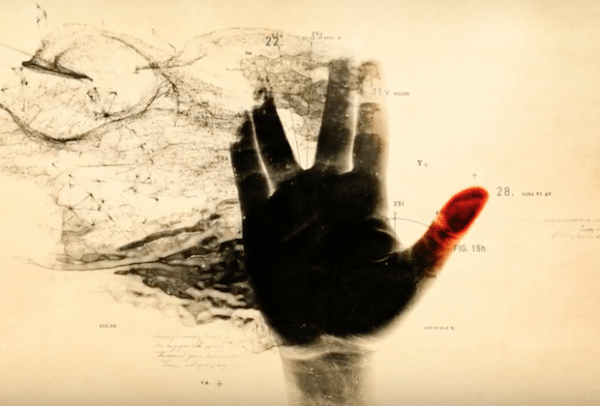 They are coming. Atom by atom, they will coil around us and take all that we are.

Another strong instalment here; taken with its predecessor, it’s hard not to believe that Star Trek: Discovery is in a very good position.

It’s nice, actually, that it is doing so well. Consider the journey it’s been on; the show was first announced in November 2015, after all. It’s been a long time coming, and had a troubled production indeed – switching showrunners, delays, alleged network interference, etc. Really, it would have been very easy for this show to be rubbish, or even just okay, and no one would have been particularly surprised.

But it is in fact – thankfully, miraculously, mercifully – actually quite good.

Star Trek: Discovery benefits here from the choice – arguably unique amongst the different instalments in the franchise – to focus largely on a single character ahead of a group ensemble. Much of this episode, then, is about Michael Burnham’s own internal conflict; a character with a history with the Klingons, she’s caught between her instincts and her Starfleet training. It’s a well-known archetype when it comes to Star Trek; you could point to half a dozen different characters with similar backstories with relative ease. But with Discovery’s focus on character-driven storytelling, there’s a greater interiority to Burnham than her similar predecessors; coupled with Martin-Green’s compelling performance, Burnham already stands tall amongst characters like Picard, Janeway and Sisko.

Indeed, it’s in no small part because of Sonequa Martin-Green that the show is as good as it is.

There’s something particularly interesting about the Klingons of Star Trek: Discovery. For perhaps the first time ever, they have a motivation beyond the urge to fight.

Star Trek has always been at its most interesting when it engages with the inherent imperialism of the Federation, taking a post-colonial view of an organisation, which is arguably just as much a space empire as that of the Klingons. For these Klingons to focus on their need for individualism in the face of this increasingly ubiquitous galactic hegemony immediately posits them as more interesting than they’ve ever been, adding a greater nuance to their status as a warrior race. Immediately, this presents a huge amount of potential, making it perhaps the most important reinvention the Klingons have underwent since The Next Generation; no longer are the Klingons confined to a simple “planet of the hats” mentality. Suddenly, this is an alien race with a vitality – they’re not fighting simply because their culture demands it, rather they fight to defend their culture. It’s a subtle distinction, but an important one; certainly, it’s dependent on further exploration of Klingon culture going forward, but I’ve little doubt that Discovery is willing to engage on that front.

My chief concern, in amongst this? That this was potential was, essentially, inadvertent; dialogue written without much consideration for the implications it opened up, and certainly written without an interest in exploring said implications. Likely, that’s unfair, but there’s enough to give me pause: Michael Burnham has a line to the effect of “we’re not talking about race, but a violent culture”. There was something a little off-putting about that line, particularly if you strip it of its Star Trek context; within the confines of the episode, though, it does perhaps suggest an unwillingness to delve into said violent culture.

But then, it’s always ill-advised to read a character as an authorial mouthpiece – there’s no reason to believe this is going to be the show’s stance moving forward. Indeed, it’s just as likely to be setting up a deeper exploration of Klingon culture – and that is very Star Trek.

The more televisually literate amongst the audience no doubt saw it coming, admittedly. But there’s still something a little irritating about the death of Phillipa Georgiou.

If you’re being charitable, it’s pure Campbell. The Hero’s Journey to a tee, really; Captain Georgiou is the mentor, Burnham’s Obi-Wan, so of course she’s going to be cut down. If you’re being less than charitable, which I’m inclined to be in this case, it’s just fridging plain and simple: the female character killed off to provide motivating stakes for the protagonist. Granted, in this case said protagonist is another woman of colour, which mitigates things slightly, but it’s still a cheap, cynical move from a programme that had been doing much better up to this point.

The choice raises certain questions about what, exactly, Star Trek: Discovery wants to be. There’s been a lot of talk from the executive producers about emulating Game of Thrones, creating a programme where no character is safe. It’s a questionable decision, and one that leaves a lot to unpack – not least because it casts Star Trek: Discovery in an entirely different light from the rest of the franchise. Star Trek has never really been about death; there are, at most, four significant character deaths across the history of the franchise, and it’s debatable exactly how good any of them are. To position Discovery as a show in the same vein as Game of Thrones or The Walking Dead seems to be learning the wrong lessons from the television of 2017; there’s a certain cynicism to killing Georgiou which feels out of place in Star Trek.

Admittedly, there’s a fairly strong likelihood this will all be rendered academic in just a few weeks’ time; given how deliberate and pointed Discovery was about not retrieving Georgiou’s body, her eventual return feels just as obvious as this initial demise. Even so – there’s a certain narrative logic that’s been established with this death, and it’s one I’m not overly enamoured by.

In the end, though? ‘Battle at the Binary Stars’ completes the narrative of ‘The Vulcan Hello’ neatly enough, certainly. And it’s undeniably an entertaining episode, brimming with potential and interesting ideas.

What more could you ask for, really?