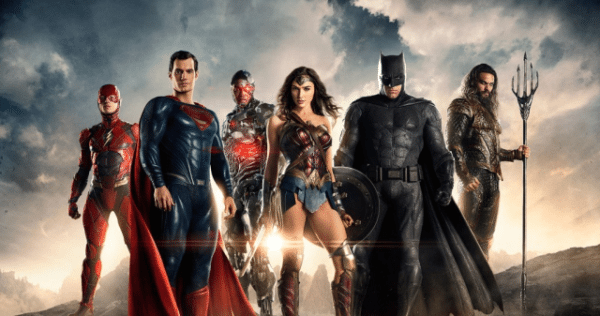 Although we’re yet to see any footage of Superman in Justice League, Warner Bros. has released a new banner for its upcoming DC blockbuster featuring Henry Cavill’s Man of Steel alongside Wonder Woman (Gal Gadot), Aquaman (Jason Momoa), Cyborg (Ray Fisher), Batman (Ben Affleck), and The Flash (Ezra Miller); check it out here…

SEE ALSO: Gal Gadot and Ben Affleck on how Wonder Woman and Batman have developed going into Justice League