Martin Carr reviews the third episode of The Orville… 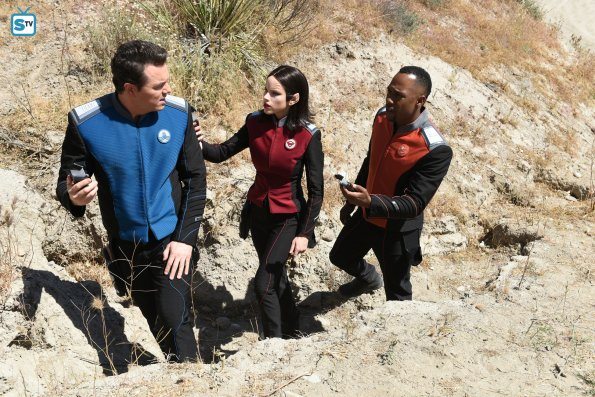 Online entertainment sites seem more concerned with the impact of Thursday night football on The Orville than anything else. Fox also re-launched Gotham against the Star Trek pastiche which is another reason why ratings may have bottomed out for MacFarlane’s creation. Whatever their arguments for moving it have no illusions this has anything to do with quality. Networks are strange and in the past some truly inspired television has been buried beneath cultural preoccupations. It would seem The Orville is no different.

MacFarlane has always been brave in his choice of topics and uses the position and clout he has attained to address contentious issues. Mixing it up in true Family Guy fashion what we get in The Orville episode three is a savage attack on the narrow-minded attitudes of some to gender conformity. There are some jokes mixed in there and a rather heavy-handed approach which creates tonal imbalance early on, but dramatically it comes together. 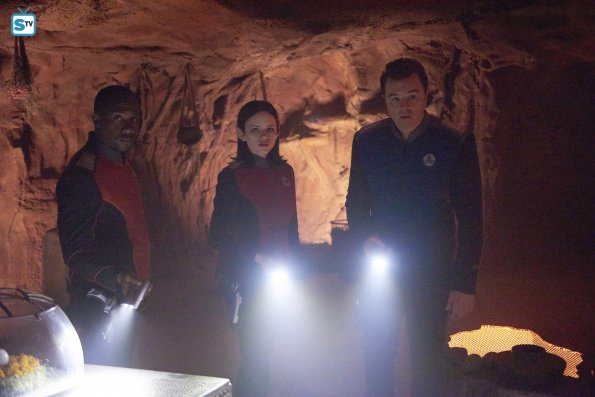 Focusing on Peter Macon and Chad Coleman as same-sex couple Bortus and Klyden, both sides of the debate are outlined without being preachy. Strength, intellect and sociological arguments are laid out with consideration, care and consistently undercut by gentle humour. Some revelations are convenient but etched with good intentions, while MacFarlane stretches his dramatic range in an episode that truly belongs to Peter Macon’s Bortus. Between himself and Coleman we get eighty percent of the emotional drama inherently connected to this subject.

Their home world is all male and comes with the stereotypes and preoccupations of men as seen through mass media. Culturally misogynistic, blinkered by tradition and brainwashed into thinking females are a disease to be cured, The Orville tackles it head on and MacFarlane fails to sweeten the pill. Halston Sage’s Alara pitches in again while Mallory and LaMarr manage a few one liners which lighten the mood. 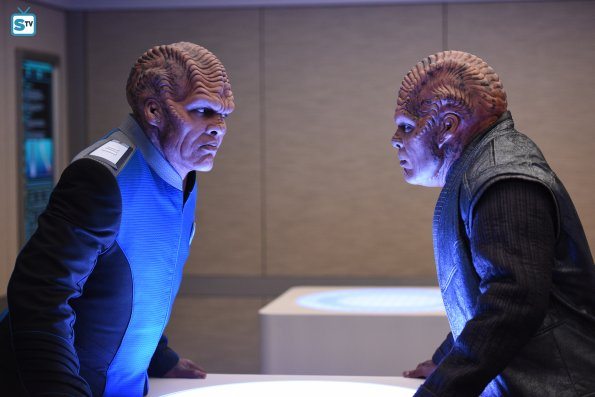 Elsewhere there are moments of movie homage with nods to Deep Impact and Armageddon, as well as literary references apparent to anyone who has read George Eliot. This amongst other things is what makes The Orville worth watching. MacFarlane has a habit of wrong footing his audience with vaginal jokes, Mexican dance offs and circumcision gags that are childish but funny. However beneath the Hicksian ‘dick’ jokes beats a fierce intellect with an agenda and more than means to say it.

For me despite some early tonal issues ‘About a Girl’ represents a move into darker dramatic waters which is where this needed to go. In order for The Orville to get that second season MacFarlane must continually change things up and not rely on just being entertaining. These days the choices are varied, our attention easily distracted and networks brutal in their treatment of under achievers. Perhaps the only problem MacFarlane will run into is a general dislike amongst certain audience members to think rather than be entertained. Thankfully I am blessed with the power of independent thought, reason and logic who requires more than stuff blowing up to be satisfied.