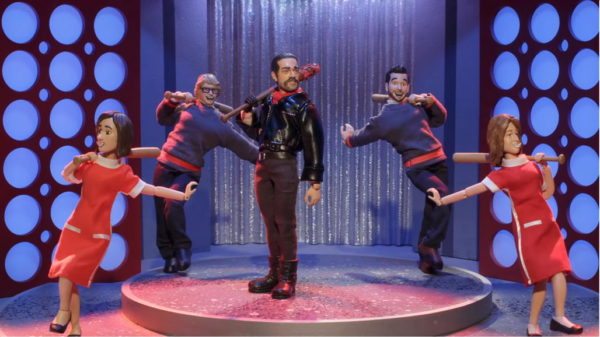 The Walking Dead is set to return to TV screens on October 22nd as its eighth season gets underway, but Rick Grimes and company will be back on the small screen before then – albeit in action figure form – as Robot Chicken airs its Walking Dead Special.

Adult Swim has announced today that The Robot Chicken Walking Dead Special will premiere at midnight on Sunday, October 8th, and coinciding with the news, we’ve also got a brand new promotional trailer; check it out here…

SEE ALSO: “Old Rick” mystery will be addressed towards The Walking Dead mid-season finale, according to showrunner Scott Gimple