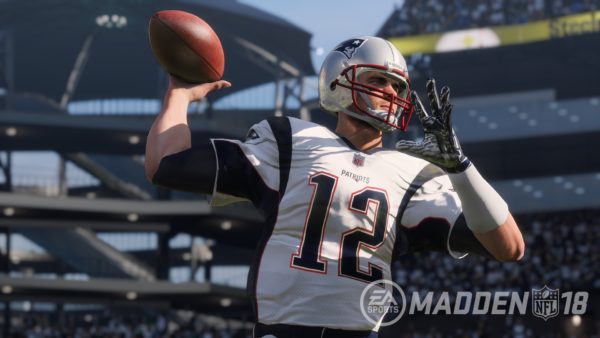 Madden 18, much like the FIFA series, is not exactly a new game every year, more a continual improvement with little tweaks. If you’re an American football fan then you know all about it. It’s good, very good in fact. For someone like me, who has always liked it but is lacking in some key fundamental understanding of the game’s intricacies, then it can be an incredibly frustrating experience. For those who understand, I am a walking pick-6 machine.

My understanding of spotting zone and man coverage is ropey at best. However, Madden 18’s new story mode, Longshot, is very helpful in this regard. It’s the big advertising point for this year’s entry into the franchise. You take a rookie Quarterback from a backwater town obscurity to the dizzy heights of the NFL draft through an embarrassing, yet truly believable, reality TV show. It’s basically a lot of long cut scenes with very little interaction for the player, with the exception of the some challenges – which are good fun, there just need to be more of them to keep the player’s attention. The story is intriguing and, for a publisher that deals with simulating sports as realistically as possible, they have created a believable protagonist who the player can identify with. Likewise, the antagonist is easy to hate despite him be a caricature of a slimy TV producer who would be one of the worst human beings to ever grace the surface of the Earth. Overall it is a fun addition to the series, but more experienced players or die-hard NFL fans might become bored quickly by it. If, like me, you want to improve, this will help you with reading an opponent’s D and selecting the right pass rather than being repeatedly picked off (like me). 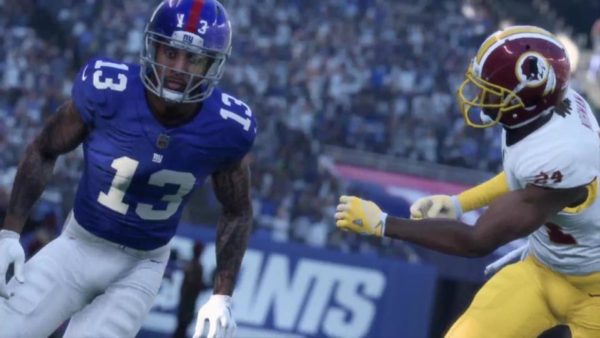 The other big, and much publicised, improvement on Madden 18 has been the new realistic graphics. EA Sports have switched the game engine from the tried and trusted Ignite to the one used in Dice’s Battlefield series. To the naked eye there doesn’t seem to be that much improvement. Madden has always looked good anyway, so that is not a critique, but if there is an improvement it is likely to be more noticeable comparing Madden 18 side by side to Madden 17.  Regardless of this, you won’t be disappointed in how the gameplay looks. It sounds like I’m being picky with the graphical improvements, but I have to be when the advertising claims the most realistic graphics yet. It’s probably true but temper your expectations regarding the improvements.

Apart from what’s discussed above, there really isn’t too much difference from last year’s incarnation. Everything has been tweaked a little so it all feels a little smoother, plays a little better but there’s no grand leap here, its evolution over revolution. 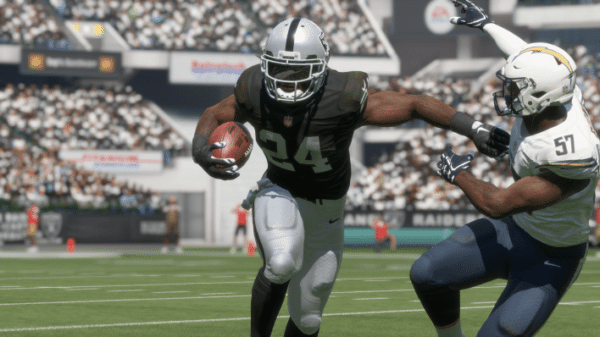 + Longshot mode is a great tutorial for rookie players.

– No major leaps in gameplay or graphics.

– The Madden curse could ruin Tom Brady in my fantasy league.