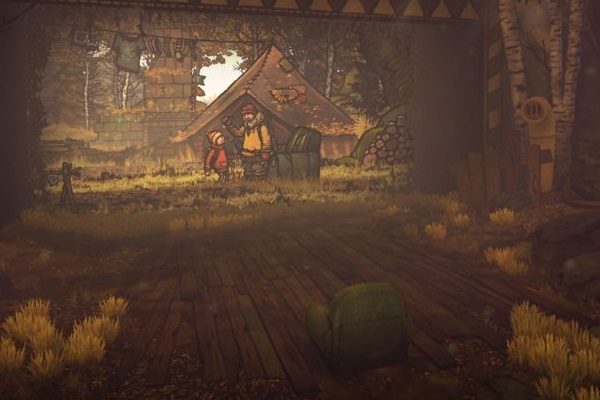 Any successful video game that roots itself in trial-and-error mechanics must do one thing above almost anything else; it must allow the player to quickly return to the action. Would games like Limbo and Trials Fusion be as loved as they are if players had to wait close to 30 seconds to have another go each time they died or failed?

Though Odd Bug Studio’s new cinematic storybook adventure The Lost Bear boasts style to spare, its endearing qualities are largely undermined by infuriatingly over long loading times, which you’ll be encountering frequently due to the nature of the gameplay.

The adventure begins when young Walnut gets lost while walking in the forest with her father, and her beloved teddy bear goes missing, sending her on a quest into uncharted territory to track it down. Far away from the conventional presentation styles of VR games (namely first-person and omnipotent third-person), The Lost Bear instead seats the player in an “interactive theater” of sorts, literally placing them in a chair facing a stage on which Walnut’s journey unfolds.

It’s a clever and unique stylistic conceit that arguably places the player at a distance from Walnut’s adventure both physically and emotionally (there’s no way to peer inside her world, for instance), but the well-designed theatrical space is itself a marvel to behold, and will no doubt have PSVR owners once again wondering why the headset’s cinematic mode is still lacking a virtual theater (instead forcing them to watch movies in an offputting black space). 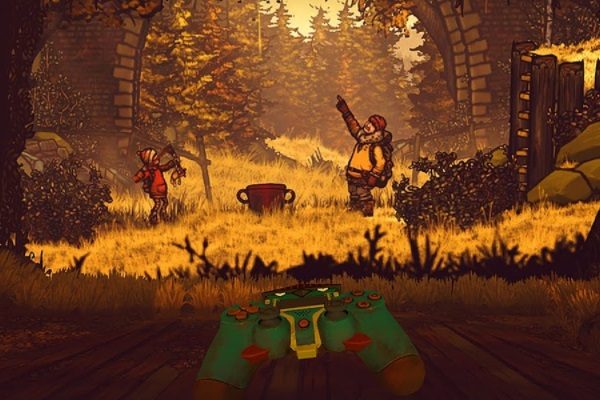 Gameplay typically comes down to light platforming, puzzle-solving and occasional encounters with dog-like monsters which will devour Walnut with one touch, not to mention their “master”, a grotesque gangling creature known as the Snatcher.

These ingredients all sound ripe on the surface to make the game VR’s answer to Limbo or Inside, but the 25-second loading times quickly become frustrating due to the game frequently requiring players to die at least once in order to figure out a sequence. During some of these moments, especially ones with no immediately clear solution which might see you die half a dozen times or more, you may literally end up seeing more loading screens than actual gameplay.

Considering the game’s short length of around one hour, you can easily spend around 20% of your play-time just waiting to get back into the adventure. It’s especially annoying during one segment which begins with a 30-second unskippable sequence, meaning you’re essentially waiting around a minute to have another try if you die (which I did, several times).

It’s pretty much a fundamental of trial-and-error game design not to enforce long loading times, and it’s especially disconcerting as the game is hardly visually intensive and doesn’t seem to be doing much under-the-hood to demand such lengthy loads. While mileage may vary somewhat among players owing to their own patience levels and how often they end up dying, it is a huge black mark against recommending what is so nearly a quaint little indie jaunt. 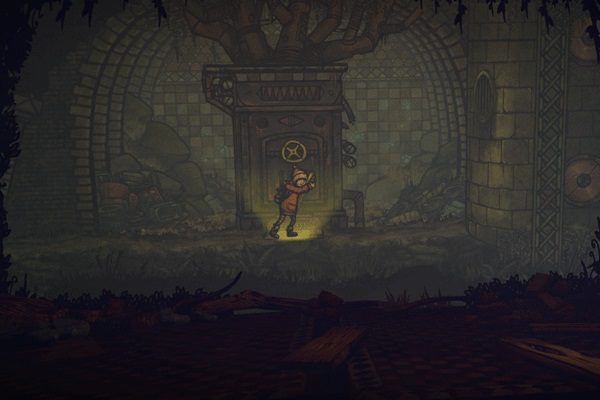 There’s nothing complex here technically or gameplay-wise, but the gorgeous 2D storybook-esque visuals are incredibly easy on the eyes and the musical score is infectious, so simply traveling through this world is an intermittent joy…until some pesky enemies show up and make you wish the game was a straight-up platformer free of any pursuers.

Some may also be disappointed by The Lost Bear‘s aforementioned length of an hour; there’s clearly a foundation here for a game that could’ve been several hours longer across a more diverse array of locations, but instead, like so many VR games it just feels like a slice, an “experience” that’s capable of so much more.

To Odd Bug’s credit, though, they’re not charging a fortune for their work – it costs just £7.99 at present, or £7.19 with a PS+ subscription – and considering you’d surely pay a few more quid than that for a movie ticket, there are worse ways to spend 1-1.5 hours.