NIS America has announced that Culdcept Revolt will be available both physically and digitally (via the Nintendo eShop) for the 3DS in Europe.  With the game’s North American release today, NIS America have released a launch trailer showcasing this collectible card game.  Watch this below… 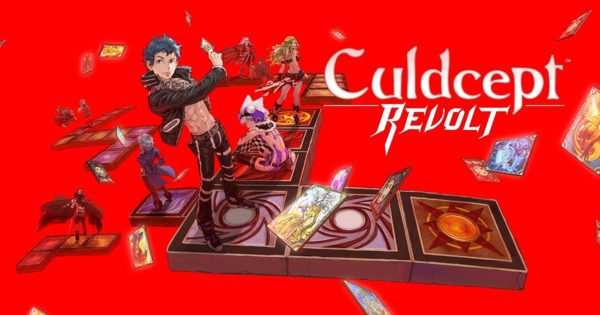 Culdcept Revolt is the latest game in the Culdcept series and celebrates the franchises 20th anniversary of card-meets-board gameplay.  The gameplay will be familiar to fans while easy to get to grips with for newcomers.  Culdcept Revolt puts players in the role of Allen, a new recruit for the Rebel Free Bat forces and pits the player in a fight for freedom against the tyrannical Count Kraniss.

Players diving into Culdcept Revolt will be able to experience a fantasy world filled with strange creatures and powerful magics and will be able to summon a variety of allies to help you win the fight.  There will be over 400 unique cards for players to collect and new maps with new conditions to navigate through plus there will be the brand new Evo Cards to help customise your strategy.

Solo play will feature the Quest and Practice modes while a multiplayer mode allows you to challenge friends with up to 4-player Local or Online Play.

Culdcept Revolt will be available in Europe on the 6th October.