Following on from yesterday’s banner and new images [see here], we now have a look at Empire’s regular and subscriber covers for November’s big DC blockbuster Justice League; check them out here… 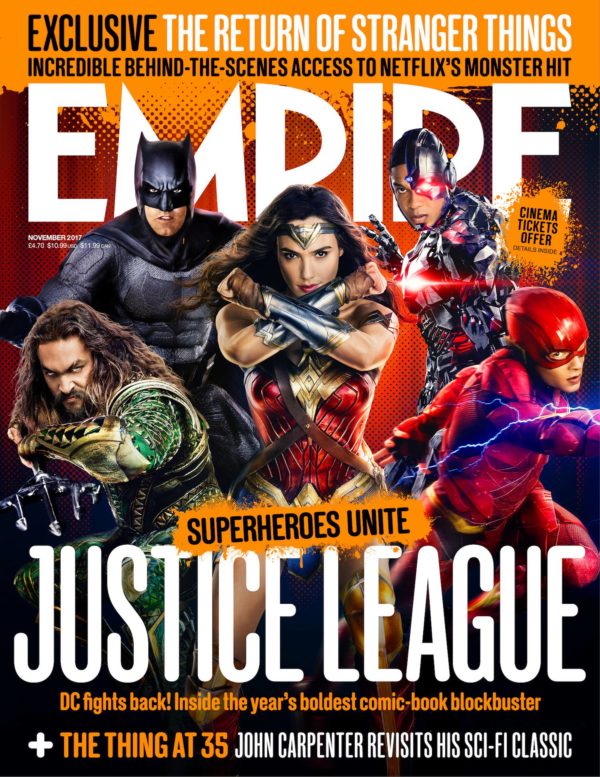