The 41st millennium is a rough old place, always someone waging war with someone else; well thanks to Relic Entertainment that war is going to continue for fans of their RTS Warhammer 40,000: Dawn of War III with the release of the Endless War update tomorrow (19th October).  This update includes new maps to fight over, new elites and new skins for existing units.  Take a look at the new trailer showcasing the update below… 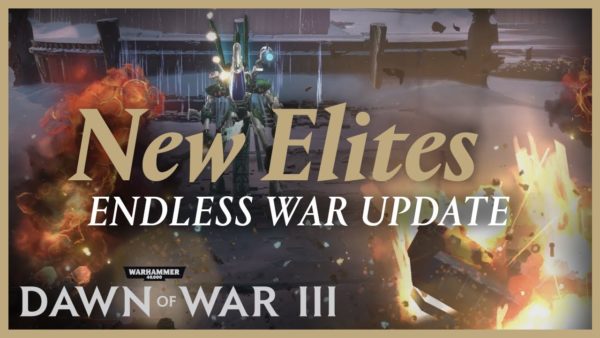 Fans of Dawn of War III will gain three new Elite units in this update, with one for each race and each having their own special attacks and abilities.  These units are:

Finally, there will also be three new maps to fight over: the volcanic looking Shrine of Asuryan, the ruined city of Serpent Chasm and the Orkified industrial structure of Da Extraktor.