Writer-director Jared Cohn’s Halloween Pussy Trap Kill! Kill! is set for release in theaters this coming Friday, and we’ve got an exclusive clip from the horror film for you right here courtesy of Cleopatra Entertainment. Watch it below or over on our YouTube channel, although be advised – it’s a little NSFW… 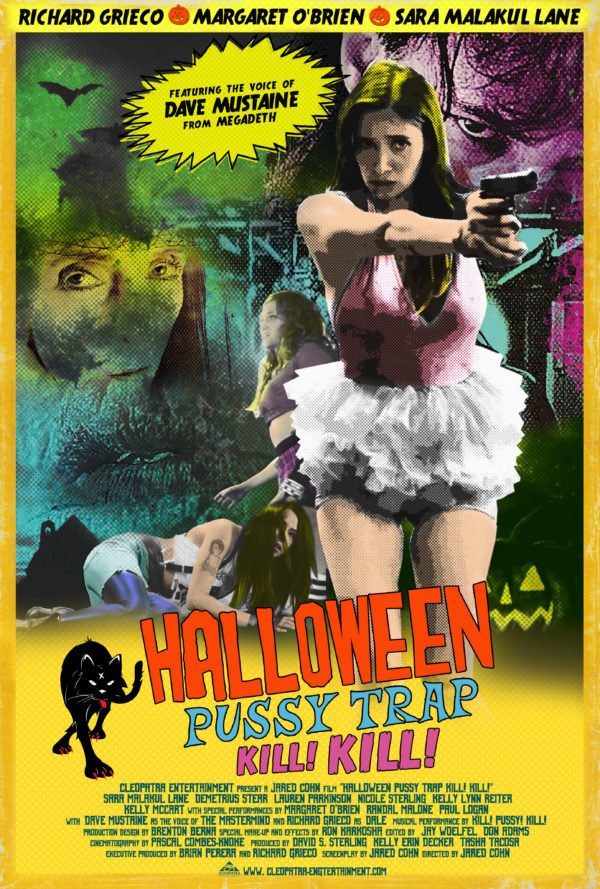 On Halloween an all girl rock-n-roll band called “Kill Pussy Kill” ventures out to play their biggest show to date. However, before hitting the road they manage to unwittingly upset a man. Unfortunately, this man turns out to be an evil genius dead set on revenge.

The evil genius manages to lure the girls into his Hell House, and when they wake up from being gassed, they find themselves trapped inside an unescapable room filled with a vicious variety of devices that can kill them as well as a variety of weapons that can be used on each other.

The rules are simple: advance through all three rooms and you are allowed to go free. The catch is, in order to make it to the next room, someone must die!

With a ticking clock, and the mastermind watching, the question becomes… are you willing to kill to stay alive?