In the latest instalment of Flickering Myth’s film class, Tom Jolliffe looks at immersing the audience…

In the ever changing landscape of film, it seems in the modern age of digital film-making, modern editing programmes with limitless options and changing temperament (seemingly) with film audiences, that we’ve seen an inherent shift from film-makers devoting time and indeed bravery in allowing an audience time to ingest their story, to entertainment which washes over us.

Films used to do this with far more regularity. I mean how much longer do you need to fully ingest the majesty of the four hour running time of Lawrence of Arabia? Not much, but regardless, this was a film that was visually beautiful and fully immersed the audience into the setting.

We’re now in the age where you can have 14 cuts in 6 seconds (Taken 3…the second time in a film class I’ve shamed you for this you dirty boy). It’s not merely a matter of too many cuts though. That indeed can play a part because when you cut that much within a short period of time it’s a stylistic choice (a bad one, but a choice) and it’s likely that it’s part of the overall style of the film and not a choice for one particular moment in a scene (perhaps to show disorientation for example). It’s also a combination of the writing, direction and the structure. Sometimes we’re not given the benefit of being able to immerse ourselves in a scene.

How many films have you watched where you feel like scenes start abruptly and end abruptly? It’s twitter, 140 character film-making. It’s truncated and it’s as if there’s a rush to move onto another scene. In modern action these scenes tend to be those that someone like Michael Bay (see me after class Mr Bay) finds numbing while he goes through the motions to get to the action set piece. He’s not alone of course and the tendency for he and many other modern blockbuster film-makers is to viscerally assault the audience. Run times approaching three hours, and he, Zack Snyder and a number of others don’t so much assault your senses, they sneak up on them in the first 30 seconds of the film, put a sack over your senses head and then kick the living crap out of them for 3 hours. There’s all this running time filled with emptiness that could be better served in allowing your audience time to breath and to immerse themselves in a film.

However lets talk of the right way to do this and look at some of the masters of total immersion. You could call their films slow, but that’s as if the idea of a “slow” film is something to be dismissed. If that’s not your taste, that’s fine of course, but if you’re not in a film to be consumed by it and pulled into its world, merely to ingest in passing something eye-catching, it’s your personal choice. We look at Kubrick, widely considered a film-making great. He made a host of films, the majority of which were pretty slow moving. From the overall pace, to the movement of the camera, the characters and their actions. It was this deliberate pacing and minute attention to detail with every single shot and edit that gave his films such power. The Shining as an example is a masterful exercise in taking a simple idea, spending time in building an atmosphere and fully establishing the setting. The film moves slowly, forever drawing you in before the inevitably relentless climax. Suddenly those languid dollys of Danny tricycling through the giant (and remote) hotel are upped in pace as he runs on foot. It’s like slowly cranking up a dial. By the point Danny is being chased through a maze we’ve blueprinted the hotel top to bottom and we feel both its claustrophobic aspects and it’s gargantuan, labyrinthine size. The fact the end then takes place through a maze is beautiful synergy of ideas.

If you watch Andrei Tarkovsky’s Stalker it’s a film that has an extremely basic quest as its core plotline. A Stalker (A sort of guide), a writer and a scientist go through an abandoned and militarily excluded area called “The Zone” in order to find a room which grants wishes. The film is a metaphorical and metaphysical piece. In many ways what you take into the film, is what you will take out of it. However to say it is slow-moving, would be an understatement. A gift (to those open to his immersive qualities) Tarkovsky had, and indeed a stylistic pre-disposition, was to show time. He wanted the audience to feel time. To be a part of the setting with the characters on-screen. The more you feel that passing of time the more you begin to feel immersed into the setting we see on-screen. Likewise his cinematography was a mix of beautifully naturalistic and expressionist. Beyond the simple act of his framing, camera moves and lighting, Tarkovsky was exceptional at making you feel the landscape through its texture. Rain, wet mud, dust, fog, blowing leaves, fire. Nature in every essence (Kurosawa was likewise a master at constructing settings you could almost feel). 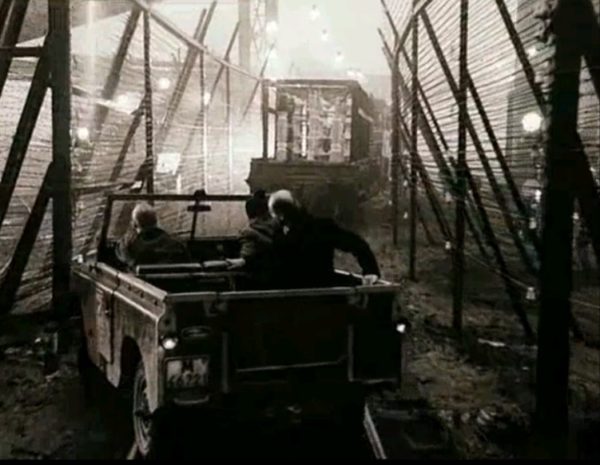 If Stalker hasn’t hooked you in after 30 minutes it never well but if/when you get lost in it, it’s a beautifully personal film, as if in some way you come out of it having partially created your own film. Cinephiles often look deeply for the hidden meanings in many films and particularly at those as metaphorically inclined as Tarkovsky. Pulling apart the celluloid looking for symbols but he was quite clear that his films weren’t hidden with symbolism or injected with his own deeper meanings. We were simply supposed to feel what the characters did and experience with them, and open ourselves to feeling and finding our own interpretation.

It’s not merely a single thing, or a simple matter of time that will help immerse your audience fully. There’s often a beautiful symmetry between sound and vision. They would in unison with the time and patience devoted to allowing immersion in that world, enrapture the viewer. When we look at Blade Runner, it’s possibly the most majestic example of atmospheric film-making. There’s a distinct style to the picture that flits between intimately shot close-ups, to the expansive wide shots and the visually stunning special effects. Ridley Scott’s decision to pick and choose his wider shots were partly down to the budgetary restraints. However this intermingling of gloriously wide establishing shots and emotive and intimate close-ups (which suggest a background of a huge expansive world we’ve seen in the wides) work wonderfully in creating such a vivid world. 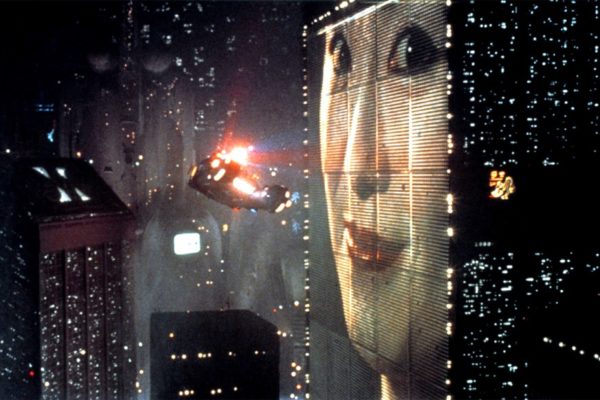 Those stunning LA 2019 vista shots which pull into the flying shots through the city’s upper echelons are all wonderfully complimented by the atmospheric synth swells of Vangelis. The score is wonderful. A beautiful mix of synth, jazz, world music and more. Haunting, melancholic but the kind of score that lays out an atmosphere that the film follows, rather than being a score which is re-active for example. Again though, one thing that people who don’t enjoy Blade Runner always point to, is the slow pace.

Being such a huge fan of the original I have of course already been out to see Blade Runner 2049. Without descending into a full-blown review, as it has been well covered on the site, I will say it perfectly captures the essence of Blade Runner. It was the most effecting and arresting film I’ve seen in ages. On the big screen it enraptured me more than anything I’ve seen this decade, bar watching the original on its re-release two years ago. Denis Villeneuve and Roger Deakins have created a piece that is matched by very few films in cinema history on a visual level. One of those few of course is the first film. A Blade Runner world was absolutely made for the talents of Deakins. The music in unity with the wondrous visuals is also the perfect balance of evolution and homage to Vangelis (from composers Hans Zimmer and Benjamin Wallfisch).

One aspect of Blade Runner 2049 (which I need to see a further 10 times before I could definitively call it a masterpiece) that I really appreciated was Villeneuve’s bravery in opting for a slow pace. This is a huge budget spectacle and with that comes the ability to have massive scale action and throw a lot at the screen for spectacle. What he does, and he’s shown an ability to do this previously in Arrival, is use that budget to construct and immerse us all consumingly into 2049. I honestly think Villeneuve was the only man capable of taking on this vision, bar an absolutely inspired Ridley Scott perhaps.

So do audiences still have the patience for this kind of film? Where the world is a key essence of the film and that level of immersion is needed for full appreciation? The opening weekend in comparison to your standard box office home runners of recent years would suggest that we’re still more inclined to let a film drift around us and enjoy it in its spectacular passing (almost like a Red Arrows display or something like that). There’s little that really wants to engulf us and sweep us up. Excitement and spectacle and an in and out thrill ride is not a bad thing but sometimes I long to feel that sense of enrapture. To be overwhelmed entirely by a piece of cinema. Ultimately when a film so thoroughly embraces you into a womb-like state, it stays with you for years after. It’s hard to forget and you can’t always say that about disposable blockbuster cinema.