Get ready to defend World of Tanks from Leviathan, ruler of the fallen tank’s afterlife, and his metal minions.  Starting today World of Tanks celebrates Halloween with Leviathan’s invasion.  Fortunately, tank commanders will be kitted out with two powerful tanks to stop this demonic menace.  Check out this new enemy in the new event trailer below. 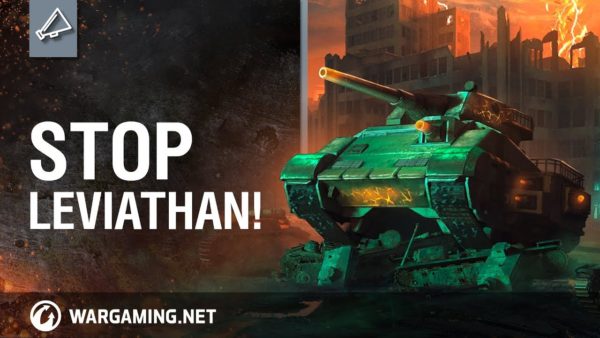 During this event players will attempt to stop Leviathan and his armoured minions who are launching a massive attack on the Great Gate between worlds.  Leviathan will devise a new and smarter plan every battle in order to get to the gate and it is up to players to foil his attack.

Tank commanders will have access to two new tanks summoned from the afterlife to fight for the forces of good and can hit every bit as hard as the dark forces that assault you.  These tanks are Franken and Stein and are multi turreted tanks that come with their own ghostly crew.

Franken is the tank for those who like dealing devastating shots at long range.  This tank comes with two guns and are mounted in its frontal projection which makes it easier to adjust to using two guns.  Stein is for those who want to get up close and personal to the enemy.  Stein is basically a bullet sponge with two turrets and the better power to weight ratio of the two tanks.  Each tank comes with its own ghostly crew but these can neither be trained nor moved to the barracks.

Players will be able take on Leviathan and his cohort in PvE or try out these tanks in PvP battles.  For extra challenge take on a special mission, completing these will provide rewards that are hidden in a spooky sarcophagus that will appear in your garage.

The event is available to participate in now and will run until the 9th November.  Visit here for more details.