CW Seed has announced that it is resurrecting Constantine for a new animated series which will see Matt Ryan, star of the short-lived NBC live-action show, reprising his role as the occult detective; check out the official poster and synopsis below… 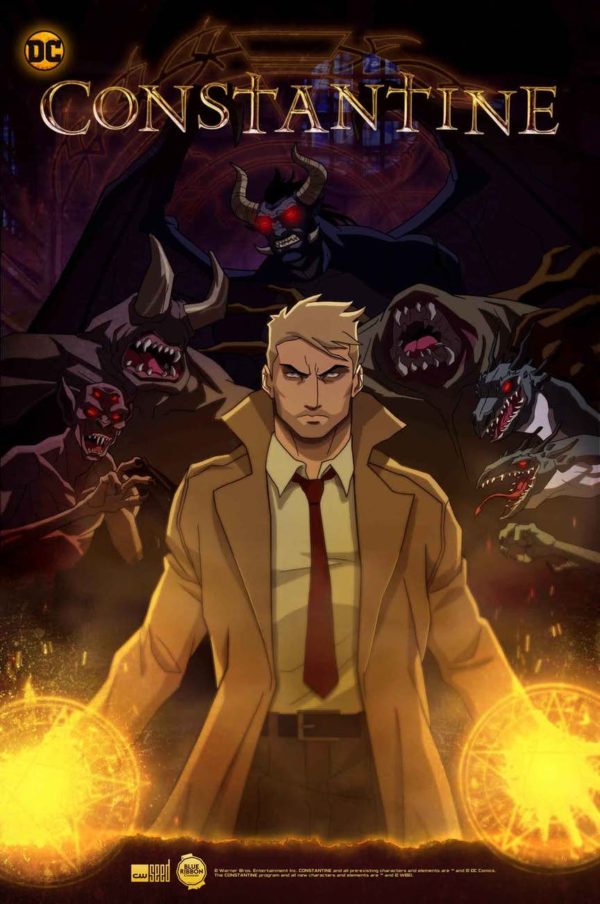 This all-new animated series from Warner Bros. Animation and Blue Ribbon Content follows DC’s popular comic book character John Constantine (voiced by the live action series star Matt Ryan), a seasoned demon hunter and master of the occult. Armed with an arcane knowledge of the dark arts and a wicked wit, he fights the good fight. With his soul already damned to hell, he’ll do whatever it takes to protect the innocent. With the balance of good and evil on the line‎, Constantine uses his skills to face the supernatural terrors that threaten our world and send them back where they belong. After that, who knows… maybe there’s hope for him and his soul after all.

Since his role in the NBC series, Ryan has reprised the part for a guest appearance in Arrow, and also lent his voice to the character for the DC Universe Animated Original Movie Justice League Dark.