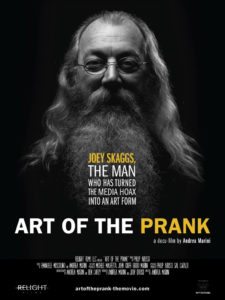 A look into artist Joey Skaggs’ past and present and how he became to be known as one of the godfathers of the media hoax. 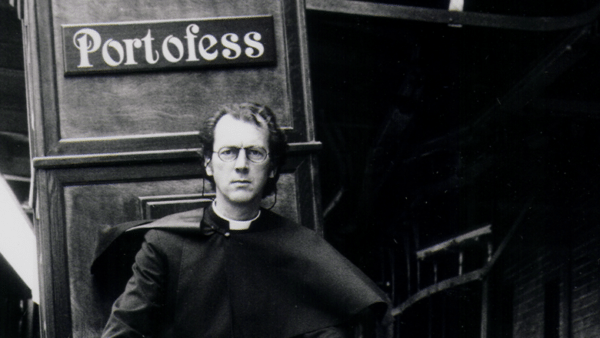 “I want the world to be as I envision it.” says the focus of The Art of the Prank, Joey Skaggs. Known for the elaborate media hoax that has gathered scalps of some of the biggest names in news broadcasting. This documents many of moments that gave Skaggs his notoriety.

Having little knowledge of Joey Skaggs, I watched and found the documentary done a good job introducing Skaggs and his work to people that are both familiar and new to his art form. The problem lay in holding that interest after gaining it. Although there is no doubt that the stories the documentary tells are amusing and interesting, I find it difficult to recommend others to view. The media hoax highlight reel includes a dog brothel or a portable confession booth are more a quick antidote to tell friends rather than a complete view of The Art of the Prank.

For followers of Joey Skaggs this will be a good accompaniment to understanding his thought process and with the subject matter being somewhat niche, Andrea Marini has rightfully catered towards the people that will go in already with a fondness for Skaggs.

Joey Skaggs learned early on that the news corporations can often twist a story to suit their own rhetoric so his crusade against mainstream media is a commendable one. Especially in this climate of fake news and alternative facts, The Art of the Prank finds another depth and plays into the motive that keeps Skaggs creating.

Handled well by Andrea Marini, with a sense of warmth that you find both within Skaggs followers and the affection they have for the capturing of Skaggs’ world. Where I felt it slowed was following a newer hoax. Documenting the creative process is intriguing in itself, however for me this aspect affected the flow of what had came before. Skaggs is captivating enough as a documentary subject to keep you watching.